On Life and Love After 50 eNewsletter –  August 14, 2020
Scenes from An Italian Restaurant

I have often stated that opinions and experiences shared by our Champs are what make publishing this eNewsletter possible each week.

Today’s help came from Stephanie in the Midwest. She saw an article in the New York Post newspaper that she felt all of us would enjoy.

Sometimes, the information from Champs strikes a chord with me in some strange, remote-connection sort of way. That happened with Stephanie’s information this week.

The essence of today’s story from the NY Post is about two students who were crowned homecoming king and queen in 1992 at Montclair State University in New Jersey. The crowning took place on the 50-yard line of the school’s football field during halftime of a game. The king and queen knew each other, but never dated.

After college, the homecoming king and the queen went separate ways. Each one married and had children, and each divorced in 2016.

Both joined the dating app Bumble. They were surprised to come across each other, as it had been pretty much out-of-sight, out-of-mind for 24 years.

On April 5 of this year, the king proposed to the queen. On August 1, they married on the same football field where they had been crowned 28 years before. Montclair State University cooperated by hosting a wedding with social distancing in place.

Granted, these kids are much younger than most of us. However, the love story is still pretty darn neat. The article quoted the king about his re-meeting the queen: “There was instant trust and warmth. We just slipped right into the conversation as if we were sitting in the school cafeteria. I didn’t want it to end.”

The words: as if we were sitting in the school cafeteria? are a perfect description.

Their honeymoon was a bit unusual as well. On August 4, the king had knee-replacement surgery at St. Barnabas Hospital.

How did this story strike a chord with me? First, it happened at Montclair State University. How many people have been there? (No offense intended) Or, even heard of it? Well maybe more than one realizes, after all, it is the second-largest university in New Jersey.

I was there in 1961, after my college graduation. I was hired by Irving Trust Company in NYC. A fellow DePauw University graduate named Peter Work lived near Montclair, NJ. We decided to get together. He was a heck of a football player at DePauw and he wanted to go to the Montclair State University football game that weekend, which we did.

While getting a Coca Cola at halftime, we met two nice coeds. We sat with them during the second half. We invited them on dates, but they felt Peter and I were too old for them (they were juniors, probably 19 or 20).

However, I’ve always had a warm spot in my heart for Montclair State University because of that one day in 1961.

But there was a second strike-a-chord situation for me from this king and queen story. It made me think of my favorite Billy Joel song, “Scenes From An Italian Restaurant,” which was on The Stranger album.

In the song, Joel sings about Brenda (I swear, sometimes Joel pronounces her name Brender) and Eddie, the queen, and the king of the prom. And how they married too soon out of school. And quickly got divorced.

So this week, when I read the NY Post king and queen article that Stephanie sent, it reminded me of Joel’s song about Brenda and Eddie. I pondered the contrast of those two king and queen relationships.

In 2005, Greta and I, and her daughter Tammi, went to NYC when I was interviewed by Diane Sawyer on Good Morning America. 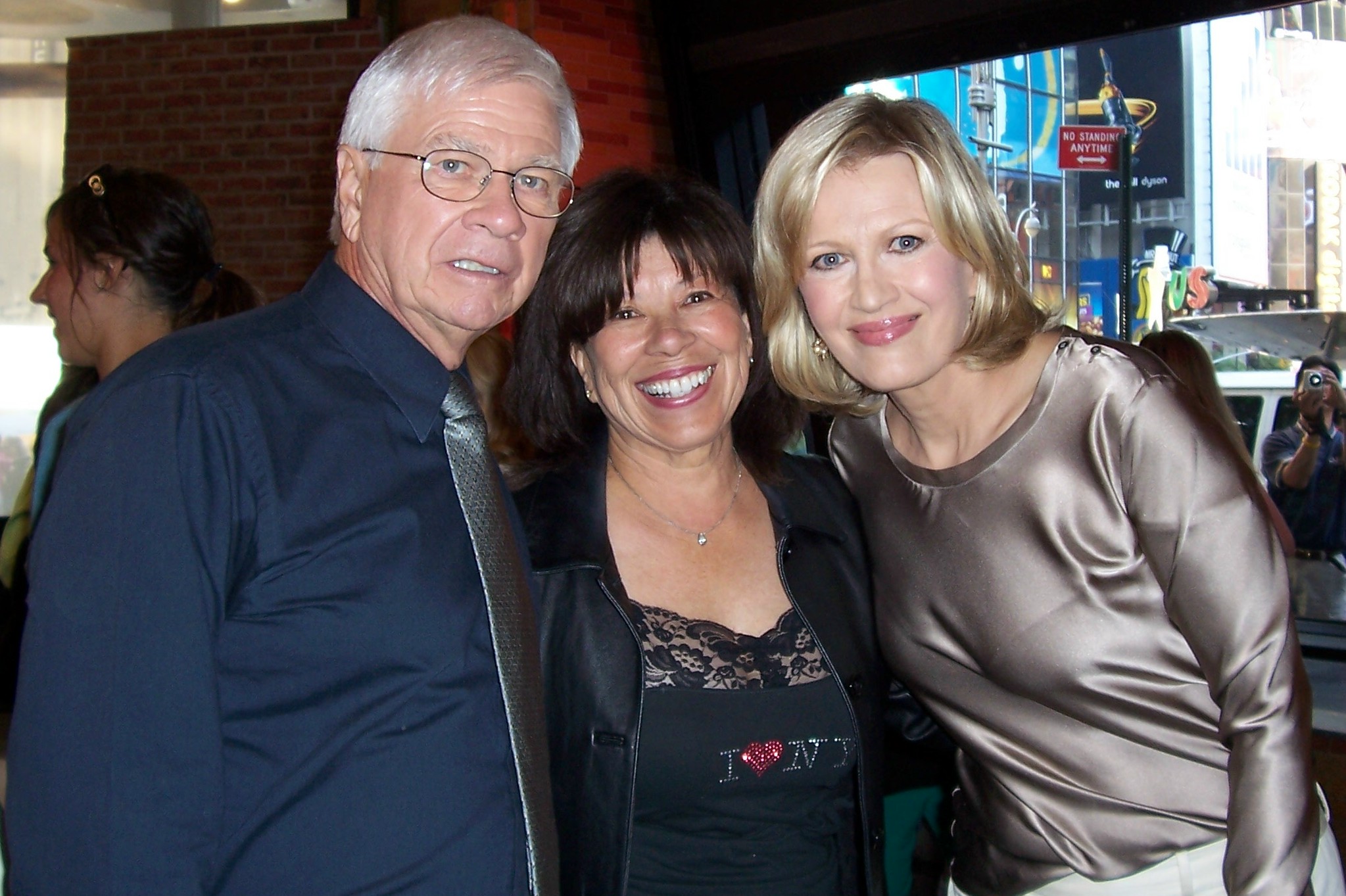 On one of the nights in NYC, Greta, Tammi and I went to the Broadway musical, “Movin’ Out,” the story of Billy Joel’s music. My favorite song in that production was “Scenes From An Italian Restaurant.” 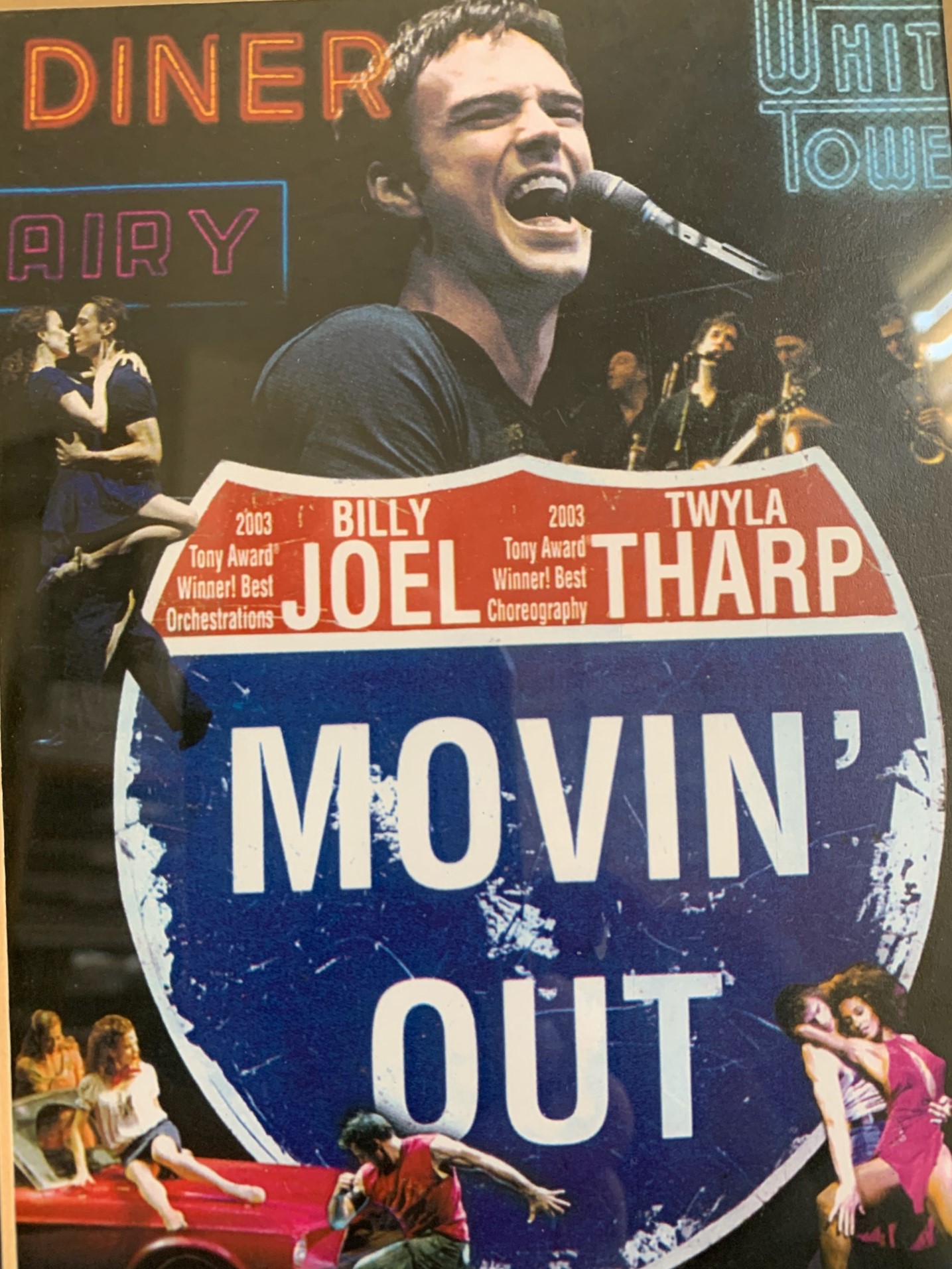 Poster from Movin” Out

I wonder if the Montclair State couple had gotten married right out of school, if they would have stayed together, unlike what happened to Brenda and Eddie?

Or, what if Brenda and Eddie, had waited 28 years to get marry? What would have happened?

Treat yourself to listening to “Scenes from An Italian Restaurant.” Don’t be in a hurry, it’s 7:37 of pure joy. And, oh my gosh, Richie Cannata, the saxophone player is incredible.

You can click on “Skip the ads” soon after the video begins.

Thanks, Stephanie, for providing this week’s topic.