When the unanticipated happens when traveling roll with the flow

On September 8, 2019, Greta and had just completed a 30-day trip in Europe. We were boarded our flight to Los Angeles Charles de Gaulle Airport in Paris, and boarded a plane to come home. After flying for an hour, a “traveling roll with the flow” event happened.

Greta and I had sweaty palms for awhile. OK, I admit, that statement is a bit dramatic, but there’s truth in it, which I will explain.

In 20 years of traveling together, we understand there will be travel-related situations that arise that aren’t pleasant, or, weren’t planned or anticipated.

They accompany the travel game. They won’t appear on your itinerary. They come unexpectedly.

And the way you deal with those situations? “Roll with the flow.”

This happened last Saturday. Greta and I were scheduled to fly home to Dana Point, California, at the end of our 30-day holiday to Ireland, Greenland and Iceland.

We disembarked our cruise ship in Amsterdam at 8:45 a.m. We waited at Amsterdam’s Schiphol Airport to catch a 4:30 p.m. flight to Paris’ Charles de Gualle Airport, where we were connecting to a nonstop Air France flight to LAX.

The connection time was tight. We barely made our 6:50 p.m. departure and were happy to be buckled into our seats on Air France. We were going home, and it felt good.

An hour out of Paris, above Northern England, the pilot announced over the PA, “We have a mechanical issue. The anti-collision radar has stopped working. We can’t see other airplanes. We cannot fly over the Atlantic Ocean without it. We are turning back to Paris. It should be a quick-fix.”

I looked at Greta, saying, “There is nothing we can do except Roll with the flow.”

I didn’t mention to her that I was concerned about flying into such a busy airport (10th busiest in the world, 481,000 aircraft movements in 2018) through clouds, the ground not in site, with no anti-collision radar. I simply crossed my fingers while listening to The Beach Boys sing, on the plane’s in-flight entertainment system. I could sense in looking at other passengers that some were concerned.

I watched the screen in front of me as it showed the U-turn and the airplane progressing back: 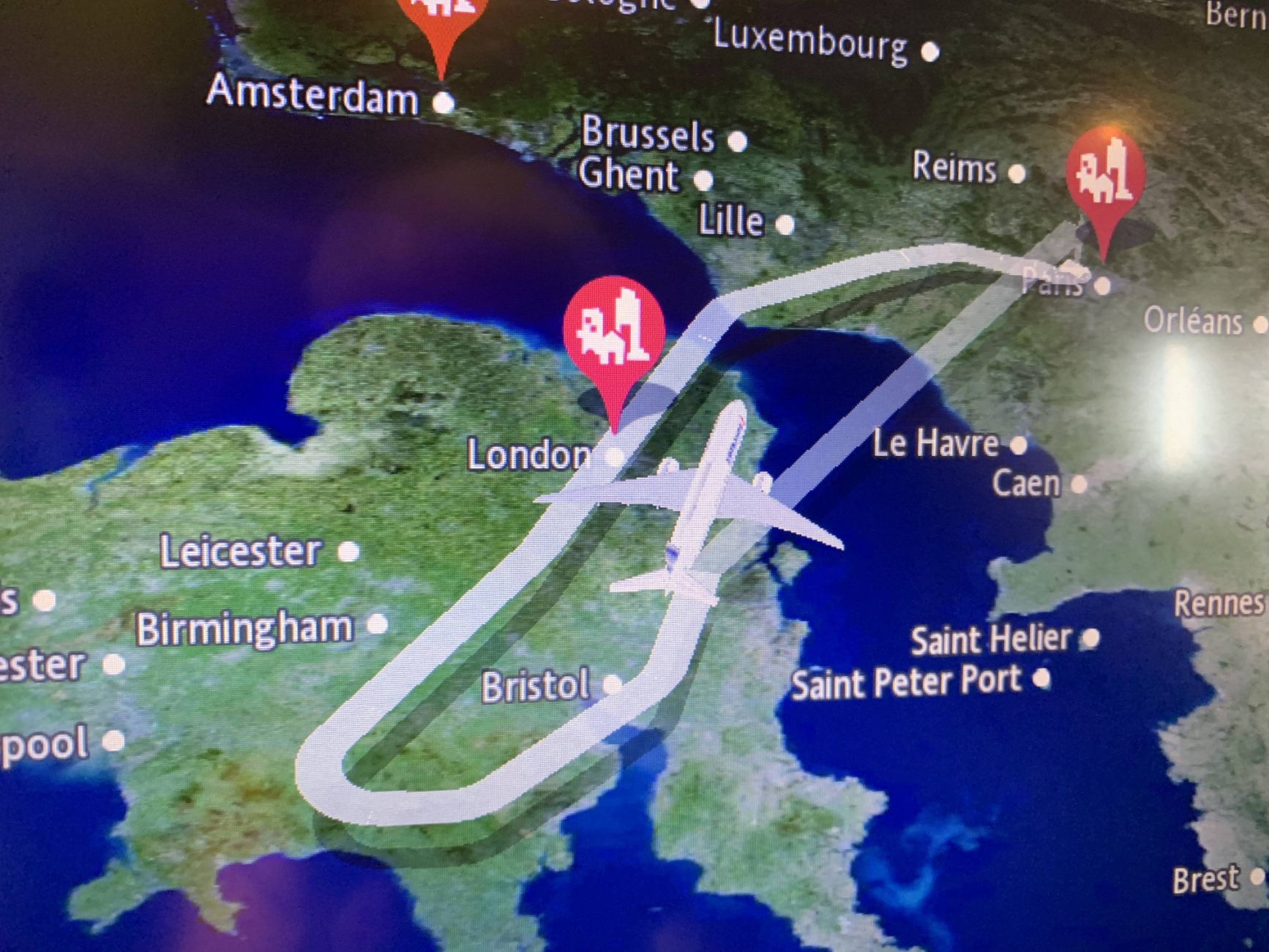 Eyes glued to the screen at my seat

On final approach, still listening to the Beach Boys, their song, “Don’t Worry Baby,” started playing, which I thought was almost humorous.

The plane landed. Some passengers applauded. We were safe. Nothing else mattered. A few hours inconvenienced but so what? Roll with the flow.

Passengers were told to take all carry-on items off the plane. And to go to the ticket counter. But we were not told which counter or how to get there (Air France has about 100 counter windows there).  Some 300+ passengers were wandering around trying to find the place where we were to congregate. It was 10 p.m.

We were not told anything except to get in line at the counter. An hour later, Greta and I got to the counter. We were told, “The flight is cancelled. It will go tomorrow, hopefully.”

We were given a box lunch and a voucher for an airport hotel that took us over an hour to get to—there was no transportation available at that late hour other than an inside-the-airport-connecting train that we couldn’t find. The Air France lady had tried to explain to us in French how to get there.

We were walking through dark parking lots and potentially dangerous areas. I thought, yikes, this is possibly more dangerous than the flight that turned back.

A few minutes before midnight, we arrived at the hotel. I got in line at the hotel reception desk and told Greta to go to the bar and order us glasses of wine, before the bar closed. It had been 15+ hours since we had departed our ship to go home.

The wine was decent; the box lunch filled with carbohydrate and sugar snacks. Not edible. 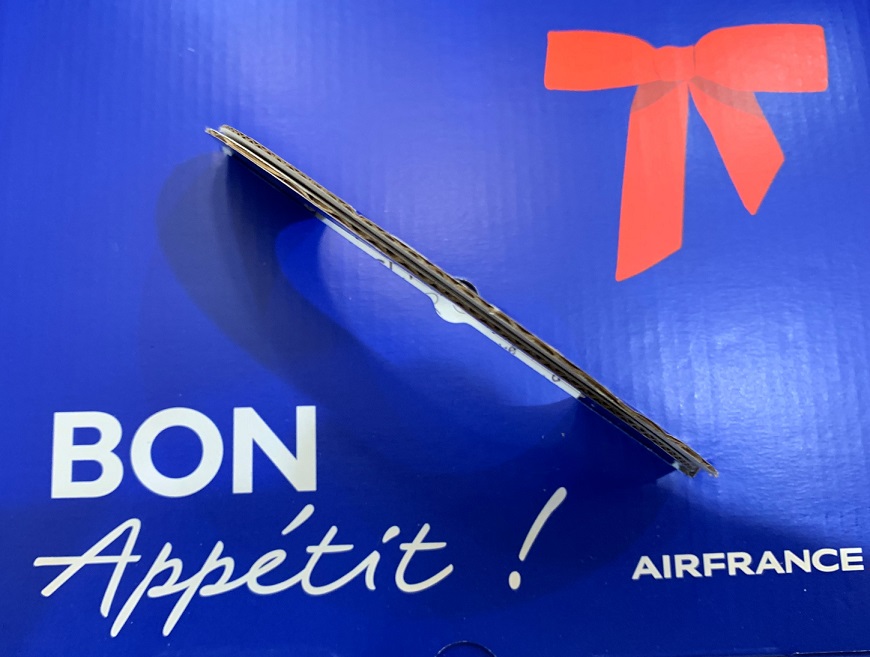 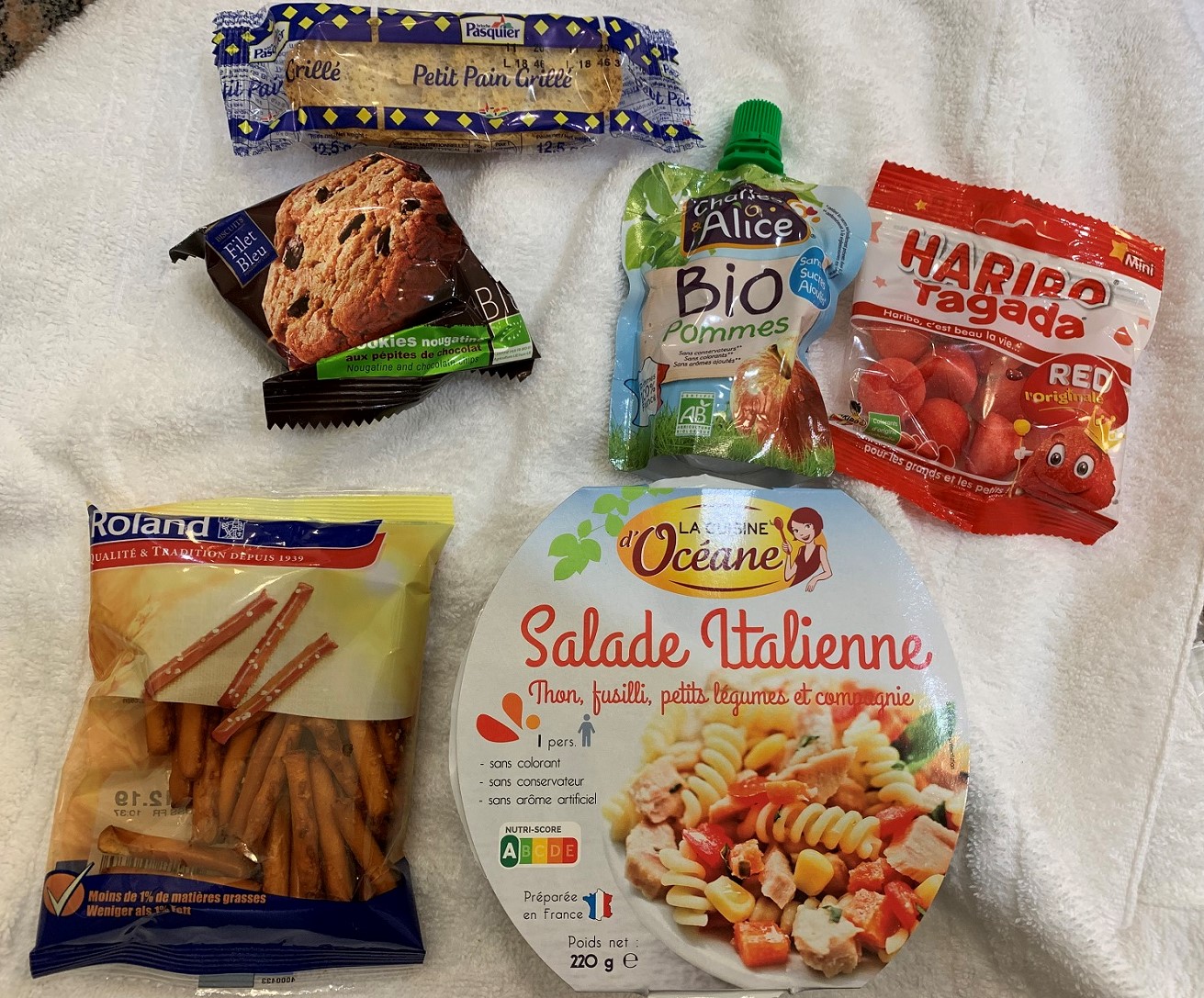 But, we had a roof over our heads and we were safe: Roll with the flow

The next morning, an email arrived early from Air France: “Check in is at 9 a.m. Flight departs 11:30 a.m. We cannot locate your checked luggage. It didn’t make the connection from Amsterdam. Rest assured, we are searching for it.” Roll with the flow.

We had to retrace our steps to the airport check-in for our boarding passes and go through tight security again. When we finally got to the gate, Air France had changed it to the opposite end of terminal three. Oh well, what’s another 300 yards? Roll with the flow.

We departed at 11:50 a.m. and arrived safely at LAX, about 20 hours after originally scheduled. Amazingly enough, the “lost” checked luggage was on the flight with us after all.

I won’t even get into the traffic mess at LAX these days. It was horrendous. Trying to find your Lyft or Uber driver is zoo-mania.

In travel one needs to Roll with the flow.