My partner Greta and I are on an 82-day Grand Asia & Pacific Cruise. We have just completed 40 days and tomorrow, November 10, we will visit Singapore for two days.

This week, I received this email from a woman Champ, one of my e-Newsletter readers. I did not edit it, this is the way it came in:

She wrote: “Sounds like a trip of a life time, but Tom did you ever think that maybe these wonderful trips that you take and share with us maybe is a depressed feeling for those who cannot take these trips! for many reasons, one for lack of money or health problems, lacking a partner to go with, I know it makes me a little down at times, just a thought for you.”

My response: I appreciate you taking your time to express your thoughts. I am very aware there may be other Champs who feel as you do.

In the first newsletter about this trip, even before we left Los Angeles on September 30, I wrote: “Greta and I are truly blessed in our retirement, to be able to physically and financially afford to travel to distant lands. We do not take that for granted. We realize there will come a day when we can’t. And we also realize that not all seniors can take a trip like this.”

When I blog or write about travels, many Champs and newspaper readers tell me they enjoy traveling with us vicariously. Nearly all say they want to hear about the trips.

The last thing in the world I want to do is make people feel depressed by my writing.

Greta and I worked very hard to be able to travel. She was a special education teacher for 31 years who raised four children as a single mom. I worked until I was 75. So, we feel we earned the right to travel as we do.

And, I just happen to be a journalist. I write for nine newspapers and every week I publish an e-Newsletter at no cost to my Champs. For years, the newsletter was titled “Finding Love After 50” and I charged for it.

And when I travel, I can do a good job writing about it because I am personally experiencing it. I think Greta and I represent people in their mid-to-late 70s well, by setting an example of discovering these countries on our own, seldom taking organized tours. We walk, sweat, are aware of our surroundings and try to avoid uneven sidewalks and steps, and understand the different currencies in all of these countries. It isn’t always easy, or pretty how we do it, but we’re out there.

I stopped charging for the newsletter so that people wouldn’t feel they were being shortchanged by not receiving what they signed up and paid for. And if they didn’t like what they read, they could simply unsubscribe, or just not read that week’s edition.

I have received so many positive comments about these few travel newsletters that I’m totally surprised—and inspired to keep writing about this 82-day trip. One week I had close to 40 positive responses.

We have reached the half way point on this trip.

Champ Andree emailed this week: “I love hearing all about your travels. Thank you for sharing and please keep sharing. Have a fabulous time wherever your headed in this terrific adventure. Peace and safe travels.”

Journalists can’t always write about what makes people happy. That’s not a realistic view on life. I hope I haven’t depressed too many people with these tales of our experiences. If anything, I’m trying to inspire seniors to get out and experience life as best they can.

One thing I will say. Not taking a trip because you don’t have a partner with whom to travel is no reason why not to go. There are many single women on this ship traveling by themselves. One is 97-years-old. And there are many women who are traveling with women friends. There are single women in walkers, electric scooters, and using canes. That didn’t stop them; one can only admire their dedication to living life to the fullest, despite their physical challenges.

So, to this woman reader I say this: If I write about a senior dating success story, where two seniors have found happiness together–and you haven’t–should I stop writing about dating successes? Of course not. The same goes for our travels. If you find reading these positive stories makes you depressed, you have a choice: don’t read that week’s issue, or (and I hope you don’t do this), simply stop reading what I write.

I put my heart and soul into my writing, and that’s the way it’s going to be. 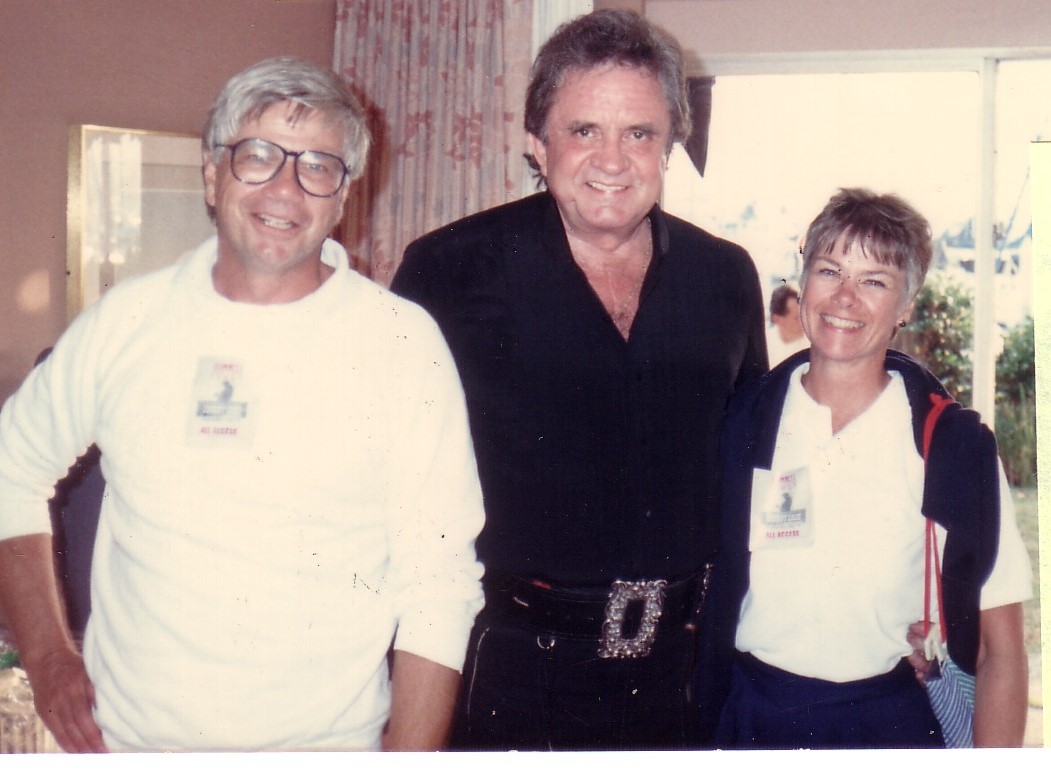 Senior Cruising: People you meet on board

My partner Greta and I are on day 13 of an 82-day Grand Asia & Pacific cruise. There are approximately 855 passengers and a crew of 700 the ms Amsterdam, a Holland America Line ship.

I estimate that 70 percent of the passengers are age 60+. Most are retired, some are married or traveling with a significant other. Many are single but traveling with a friend. During the first two weeks, we’ve met many interesting people.

If you ask passengers what they enjoy most about cruising, many will tell you it’s the ports they visit. Our first two ports were Dutch Harbor, Alaska and Petropavlovsk, Russia; there are 30 more to go.

Other passengers will say it’s the amenities: you don’t have to prepare meals, or take the dirty dishes to the sink, or even make your bed, those things are all done for you on a cruise.

But some passengers–Greta and I included–consider a cruise’s highlight to be the people you meet on board.

Greta and I prefer what’s called open-seating at dinner. You dine with different people most every night. You have time to talk to them over dinner and get to learn a bit about them.

Almost always, the first question when meeting new people: “Where are you from?”

The first couple we met were from San Antonio, Texas. They boarded the ship in Seattle, before it came to Los Angeles.

At dinner the second night, we dined with a California couple who live in Camarillo, California, but own onion farms in the vast Central Valley north of Los Angeles. They explained how hard it is to make a living at farming because of the lack of irrigation water coming from the California Delta area.

The man said, “The situation could be fixed by the authorities simply turning the pumps back on.”
A woman named Elena, originally from Romania, now residing in Canada, also was at our table. She explained that her husband was too busy to travel so she was a married woman traveling alone.

On the third day, we met eight new people, four at a small gathering in one of the ship’s lounges: a woman from Dallas, another woman named Barbara from New Orleans, and a married couple from Colorado.

The other four we met at dinner. Two of them said they were traveling together. I guess you could consider them to be a LAT relationship (living apart together) couple.

The man, Clyde, from Gulfport, Mississippi, had worked with Corrine’s husband before the husband had passed away. Corrine lives in Washington, D.C.

At the same table, there was another couple from Mississippi, who had driven four days to Los Angeles to save on airfare. However, they had parked their car for 82 nights in a nearby lot, which cost them $750.00. Plus, they stayed in hotels going to the ship and returning home. Flying might have been cheaper.

A couple of days later, we met another couple living in a LAT relationship. Frank, a former Department of Defense employee, who resides in Macon, Georgia, and Linda, who lives in Victoria, British Columbia. They met by coincidence on a previous cruise. He had purchased a vacation condo in Florida. His realtor had a client who wanted a winter, “snow bird” rental. Frank rented it, came on the cruise, and met Linda.
He was a character with multiple entertaining stories about his top-secret DOD life.

The other two at the table were women in their late 70s who met on a cruise eight years before. One was from Vienna, Austria, and her friend was from Florida. They said they enjoy traveling together.

Greta met a woman named Gillian at a seminar who said she was originally from Liverpool, England. Greta said, “Oh, did you grow up watching the Beatles?”

Later, I sat next to Gillian and her husband Jim while watching an NFL game on TV in the sports bar. Gillian was wearing a Green Bay Packers jersey.

“Of course,” she said, “We are cheese heads; we live in Wisconsin.”

One morning at breakfast I saw a guy who looked so much like Johnny Cash I about fell over. I worked with and knew Johnny well in the 1970s. The next time I saw him, I introduced myself and told him how much he resembled Johnny. He said his name was Alex and he was honored and suggested we get together for dinner with he and his wife. He grew up in England and his wife in Germany and now they live near Vancouver, British Columbia.

Turns out, Alex and Kirsten were dance instructors on the ship.

Here is a picture of me, my sister Pam, and Johnny Cash in 1993. Doesn’t Alex look like him? Same height, same facial structure, and same smile.

Another night, we had dinner with an intriguing couple. The man was 6’ 2” and his wife was 5’ 1”. He was also from a small town in Germany and she was originally from South America. They met while working for the same high-tech company. They now live in Carson City, Nevada.

The other couple eating with us that night were Diane and John from South Carolina, near Charlotte, North Carolina. They are retired and said they’ve taken several world cruises.

A couple of mornings ago at breakfast, a guy wearing a bright red tee-shirt with “Alabama Football” emblazoned across the front asked if he could sit at the table where I was having coffee.

I said, “Of course, but it’s about that tee-shirt you’re wearing.” He laughed and asked who I followed in college football.

At a table near us, we both heard I guy mention Alabama. The guy at my table tapped the other guy on the shoulder and pointed to his tee-shirt.

“Roll Tide,” the other guy said, which is what all proud followers of Alabama football say.

Barbara, the woman from Louisiana we had met at the small cocktail party a few days earlier, sat down at our table next to the swimming pool. She said her son had studied computer programming at LSU and worked for Twitter in Silicon Valley. He had previously worked at Google.

She said she was dumbfounded that her son and his wife had just purchased a fixer-upper home in Mountain View, California, south of San Jose, in the heart of Silicon Valley, for $1.8 million.

She told them they could buy a home in Louisiana for $80,000. “But, it’s an investment, Grandma,” he said. (My partner Greta could relate; he grandson Andre and his wife Lindsay just purchased their first house in Los Angeles for about $1.3 million.

And finally, yesterday at breakfast, we sat with two women who said they were recently widowed. The have known each since they were age 14 and enjoy taking trips together. They are from Norway. One of the women said her son is the President of Holland America Line.

I said, “Wow, I bet you have a nice stateroom.” She laughed and said, “Well, it is on the seventh deck.” (the deck with all of the luxury suites.)

So, you can understand why Greta and I enjoy meeting the other passengers on board the ship. Everybody has a story to tell. And it always amazes us the diversity of areas from which the people come.