March 6, 2020
by Columnist Tom Blake
Widower gives widower dating advice to senior women
Lately, I’ve been receiving some terrific emails from men, discussing what they’ve learned in their dating experiences. Most of the men are widowers. Over the next few weeks, I plan to share a few of the widower emails with you.

What has been refreshing–in almost all the emails–is the men have expressed understanding, empathy and respect for single women and what the women go through.

Randy wrote: ”Although I haven’t been on the dating scene for a while–due to finding and marrying my life partner–I feel I have a slightly different perspective on senior dating compared to what other people have posted.

“During my 15 years of dating as a widower, I was on nearly every popular dating website there is and dated multiple women. A significant number of them had some very creative, misleading and sometimes false data or pictures in their profiles. I also had some false information in mine.

“Although I used current pictures, I initially put my age down as 3-4 years younger than actual. Having guilt problems with this, I attempted to change it but, as another Champ stated in a recent eNewsletter, the primary dating website I was using did not allow that. I ended up deleting this profile and generating an ‘honest’ one!

“With all this dating and the associated creative profiles, I never had one bad date and developed several great friendships that exist even to this day.

“Why? I never went on a date with a long-term relationship primarily in mind. I went with the object of meeting a new and interesting person, who, regardless of chemistry, would make my life a little fuller and more interesting (besides, I hate to eat alone!).

“Nearly everybody on the dating scene can tell if that magic chemistry is there within the first five minutes. If chemistry is not there, I suggest attempting to draw the person in, to find if there are some common areas of interests–be it vocation, advocation, family, and yes, even politics.

“Everyone likes to talk about themselves and you might be surprised at how many times this results in a catalyst for that magical chemistry. If not, perhaps you’ve instead made a new friend!

“Bottom line: don’t treat a first meeting as an interview for a life partner, rather treat it as a chance to add a new and interesting facet to your life.”

Tom’s comment: In last week’s eNewsletter, Susie, Virginia, was quoted: “I have been tempted to put down a younger age. I just turned 78 and look years younger and act it too, but I feel my age is holding me back to meet men.

“I have always dated and married men that were five to 10 years younger than I, but now it seems men are not interested in a woman my age. What give’s Tom?”

In referring to Susie’s question, Randy stated, “A suggestion for Susie and those ladies in her circumstance: Many men like to date younger women or at least, those very near their own age and thus ‘screen’ potential dates accordingly.

“A man 75 will probably search for his preference between 60 and maybe 75. Not 75 to 80. Since someone like you, Susie, might be excluded, I found that many ‘young-feeling’ women do indeed put their mental age down in the profile, BUT, they admit the truth in the wording of the profile.

For example, ‘All my friends and acquaintances remark on how active I am and tell me I look and act like I’m 65, not my actual age of 78!’

“I found this to not only be acceptable, but it piqued my personal interest.

“I did not meet my new young bride (seven-years younger) on a dating site. She was a very distant acquaintance who just called me up and invited me on a date. Two years later, she agreed to be my wife and we celebrated our second anniversary last October!

“Advice to women: don’t be afraid to take the initiative!

“The past dating scene seems much like the present dating scene. I still maintain friendships with several of my previous special ladies and along with my bride’s friends, my bride and I hear the woes of dating often. We empathize and sympathize with them and wish there were both more and better male candidates. Unfortunately, it is what it is!

“Among my single male friends, I find a declining dating interest even in those who are still out there. The financial issue is one factor. I have at least two friends who have confided that they just can’t afford the high cost of dating. Also, I guess as testosterone levels go down, they just don’t feel dating is worth the effort.”

Tom’s comment: A declining interest in dating by older men can make the ratio of single women compared to single men even greater than statistics indicate it to be. To women, some of those men might be perceived as non-relationship material.

Randy concluded: “What I suggest to the ladies: invite your friend of interest over for a home-cooked dinner. Bachelors get tired of eating out. If a first date, include another couple for safety which should also keep the conversation going.”

Randy’s email and advice reminded me of a photo I took from a bus, in Edinburgh, Scotland, last September. It’s not a romantic waterfall, or a romantic walk on the beach, but a simple, warm message that reminds us to treat everybody with dignity and respect, even if they aren’t going to become a mate: 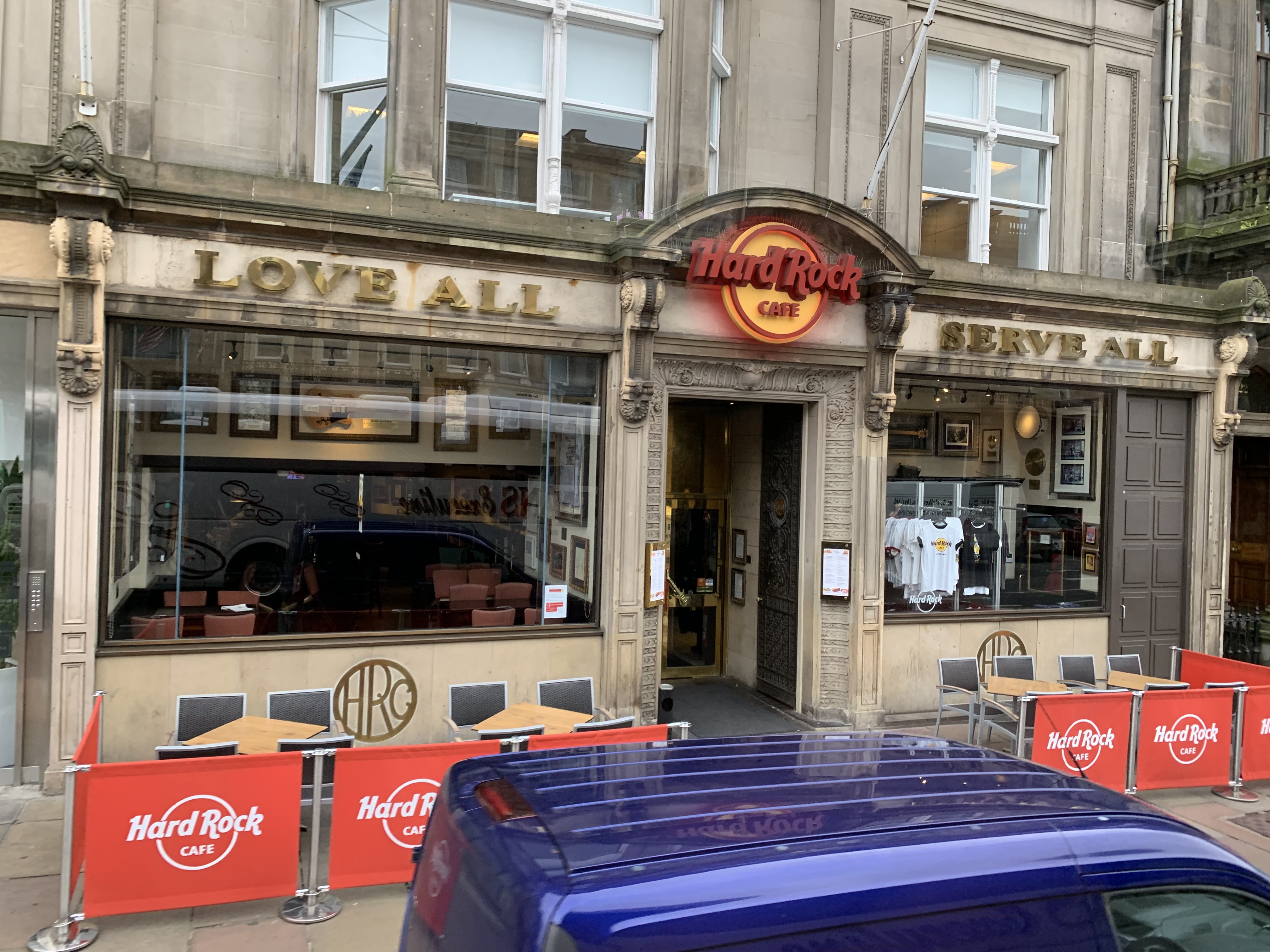