On Life and Love after 50 eNewsletter – May 9, 2019 – Is this woman stuck in a senior relationship with an unappreciative man?

There are two parts to this week’s e-Newsletter

Part One – A week ago, one of the Finding Love After 50 Facebook group members posted her frustration with her relationship on Facebook, which meant any of the 519 members could read it and comment.

The Finding Love After 50 Facebook group is a “closed” group, meaning I must approve of anyone who wants to join. I screen applicants thoroughly to protect our members from people with evil intentions or people who reveal nothing about themselves.

The woman member posted this message, saying she just needed to vent:

“Will I ever find love with a nice guy? A guy who cares about me as much as he does by impressing other women.

“I’ve been with a man for a while, who every time he goes outside to ‘work in the yard,’ ends up instead chatting for super long periods of time with the single female neighbors. He never cleans inside the house. That’s not his job, you see.”

She added a few more details about his chatting up neighborhood women. I condensed her comments for the sake of brevity.

Several group members responded. Here are a few snippets of what was said:

Lisa, “Don’t waste any more time with him. Time to move on…”

Michelle, “Stop wasting time on this loser and work on your self-respect.”

David, “…I do not know what the arrangements are for mortgage, rental monthly payments but this man is what I would call ‘slippery Slime’…I would not trust him…I would bid him goodbye…”

Robbie, “He feels he is more superior than you…the word is impertinent. You need to get some Cajones and MOVE ON.”

Carol, “…I was married to someone like that. Time to hit the road…We always think they will get better, but they seldom do. We are wasting precious time and energy.”

David (again), “…You are wasting your time on this child…time for you to make a change in your life ASAP…”

John, “Agree with David. No one deserves to live with such a person…”

Jeanie, “Loser is not worth your time…”

Tom’s thoughts on this woman’s situation

I don’t get too involved in the Finding Love after 50 Facebook group. I prefer to let the members interact and comment back and forth with each other. If I see a post that I think is not pertinent to the group, or a blatant promotion, I delete it. I also delete posts when a group member posts incessantly (when someone does that, he or she needs their own personal Facebook page).

But, in this situation, I felt I didn’t know enough about the living arrangement, relationship details, and understanding between the woman and the man. “I’ve been with this guy for a while,” didn’t tell us for how long.

So, I posted, “What is the living arrangement with this man? Is it your home, his home, or a shared rental property? Who pays for what? I ask, wondering if you are stuck in a senior relationship situation and moving on would be financially a burden or not even possible. That doesn’t make his behavior acceptable. What are your options?”

And then the plot thickened

She posted, “We both own the home, but I am currently out of work and have some disabilities that have made it difficult. However, I am looking for a full-time job. I have no income; therefore, I am reliant on him. It’s not acceptable. I’m working on moving on.”

I posted, “What happens if one wants to sell and one doesn’t?”

She posted, “I have broached that subject several times. We are at a stalemate. My feeling is, I would move out and he would buy me out. You can’t buy a house in our town for less than $500,000. And he is older. I love our house. Just not living with him this way.”

Bottom line: I don’t know enough about this situation to truly understand what is going on. Maybe she will post more information that might clarify things. I think she is aimed in the right direction by going back to work, but, if she’s been with this guy for 11 years (as I think she has, having found an email from her from then), and there have been problems all along, I don’t see her able to bail out anytime soon.

And we don’t know about him, other than what she reported. He may be a really decent guy–perhaps feeling he’s stuck in a senior relationship. Who knows?

Let’s hope she gets a full-time job and can sell her portion of the home to him. Then, maybe she can move on. But, now, she’s 59. It’s tougher at that age to start over. Let’s hope she keeps us informed and God bless her and good luck.

Message for younger people from Tom

Most of our Champs are in their 50s-80s. A few readers are in their 40s. There is a message in today’s article that might be worth sharing with the younger generation—the children or grand children of Champs.

The lesson to share with younger people: Particularly for women, starting as early as their 30s and 40s, they’ve got to take steps to set themselves up financially, to position themselves for the later years. That becomes very difficult for stay-at-home moms who rely on a spouse’s or a mate’s income.

Waiting until you’re 50 or 60 to start getting your later-years finances in order may be too late.

Questions to ask the kids might include, “Do you have enough hours of working to qualify for Social Security?” If not, get to work. This is critical for the later years, when getting a job may not be easy.

And how about being covered by health insurance? Especially if children are part of the mix.

Don’t get stuck, as I assume the woman in today’s story is, from what she told us about her not earning an income. I’m guessing she has no leverage with this man and perhaps he feels he can do what he wants.

I hope for her that things will improve, that the guy will change. In a way, he is helping her (she has a roof over her head), but he sounds self-absorbed.

If younger people think that starting to build financial security in one’s 40s is difficult, it only gets harder once age 50 and beyond is reached.

A reminder to Champs who live in Southern California. On Wednesday, May 22, 5 p.m. to 7 p.m., the new, enthusiastic owners of Tutor And Spunky’s are going to resurrect the Senior Singles Meet and Greets that were so popular five – seven years ago. Greta and I are honored that new owners Samantha and Elena have asked us to host the event. 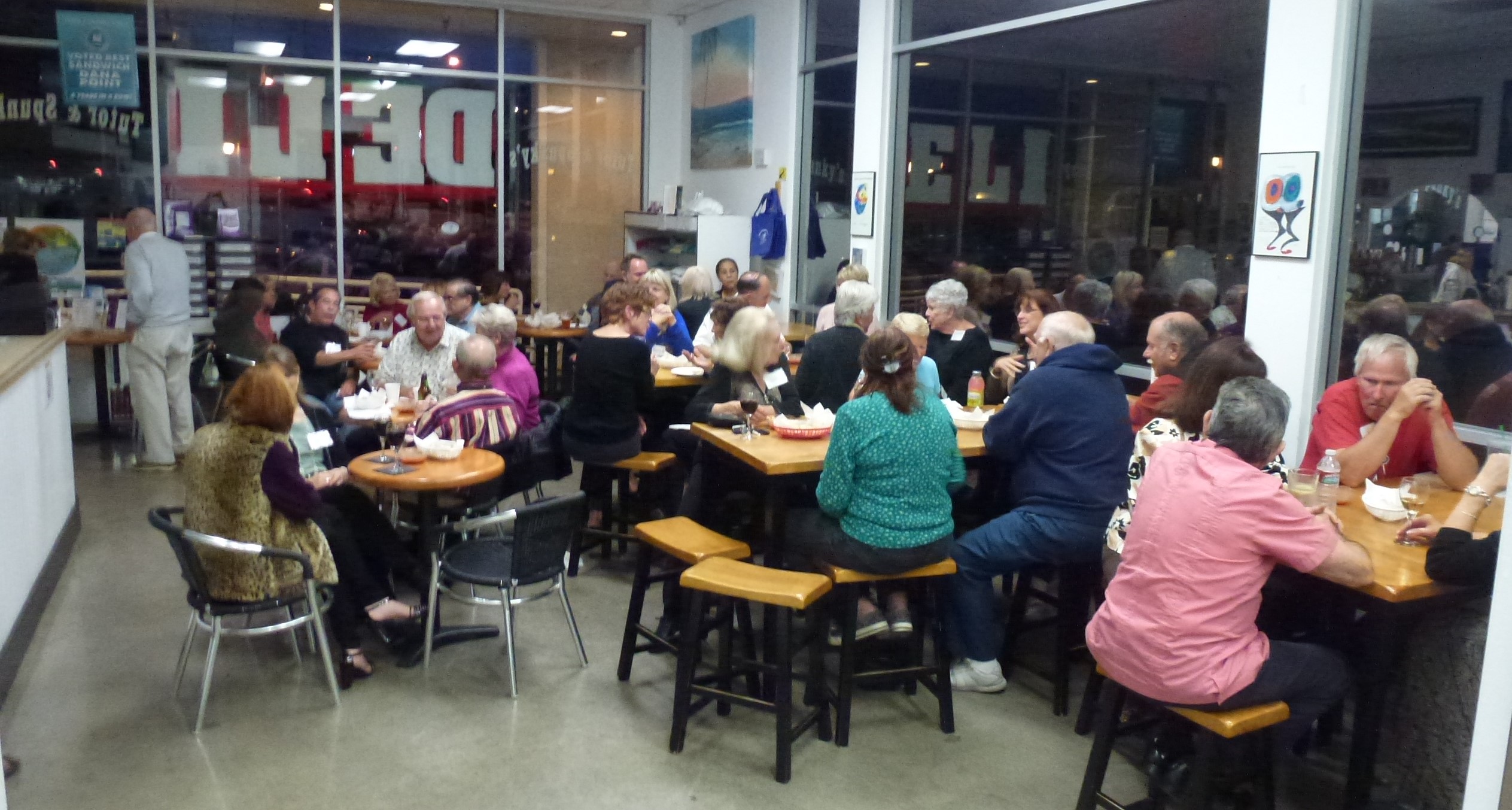 However, this event isn’t going to be for single seniors only. We’d like all Champs…single, married or in relationships…whatever… to join us.

There is no charge. Appetizers will be served, and beer and wine will be only three bucks a pop.

It will be fun to put faces with names. We’ll take photos for the e-Newsletter. Email me if you think you might attend.