But for one San Clemente, California, couple, Valentine’s Day, 2018, will feature a green heart Valentine. 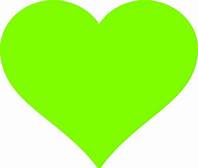 The background: In 2003, at 70-years-old, Champ Chris Anastasio, recently divorced, became a dance host on cruise ships. In 2004, he danced with Tina, a lovely woman from England. After the cruise, they started corresponding, which began the longest long-distance relationship of which I’ve ever known—5,419 miles.

In 2009, I published a book titled, “How 50 Couples Found Love After 50.” Chris and Tina were one of the featured couples. Their story was called, “Cruise Ship Dance Host Meets Match at Sea.”

In the book, Chris was quoted, “Tina would love to live in California, but she has family and grandchildren in England. Friends always ask us if we plan to marry and live together. That doesn’t make much sense. Every time we get together it’s like a honeymoon.”

After 13 years of being an unwed, long-distance couple, things changed. On February 12, 2017, Chris and Tina married at the Dana Point Yacht Club. 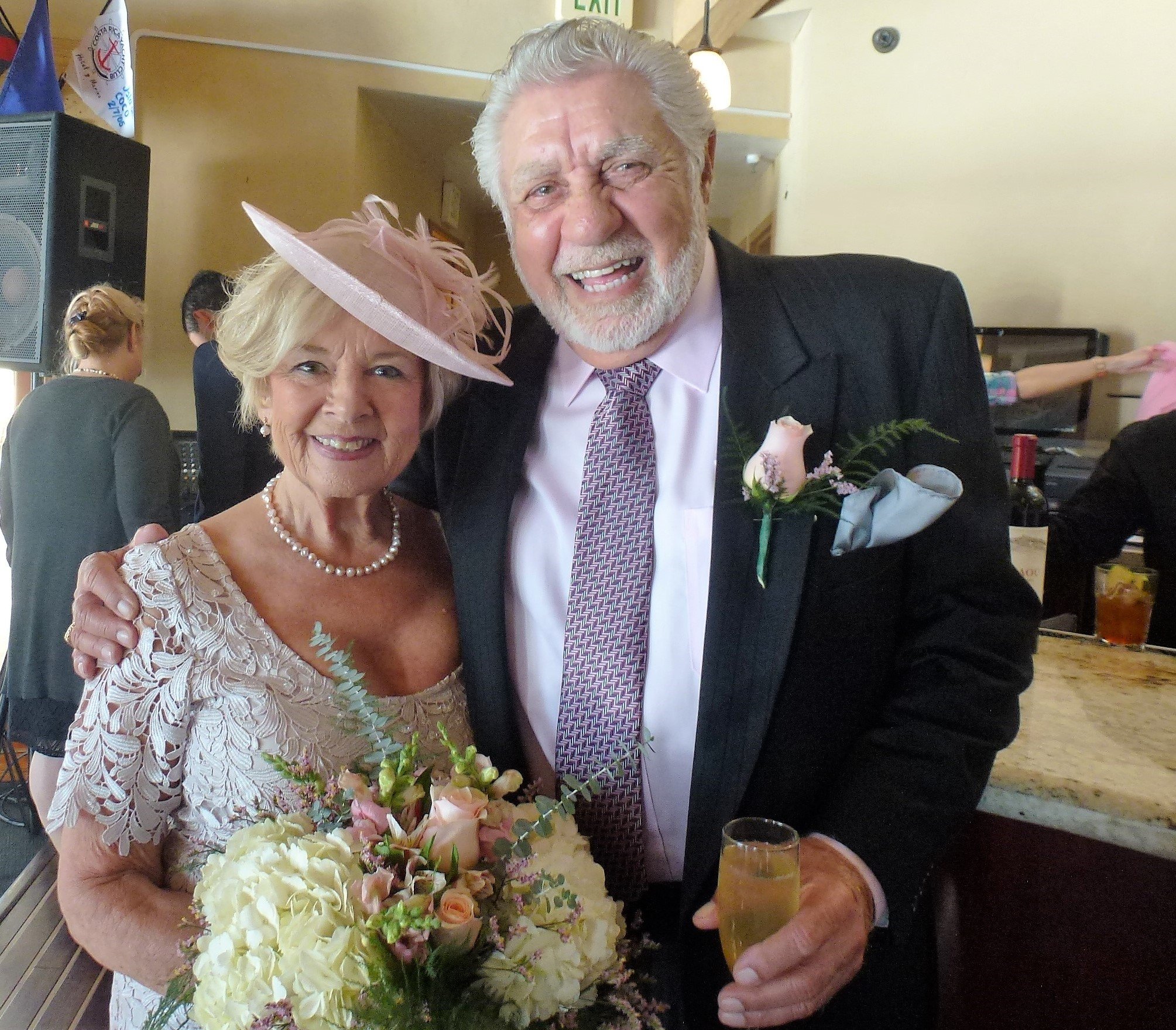 The rest of the story

But Tina still had to return to England from time-to-time because she wasn’t eligible to permanently stay in the United States. So, a month after their wedding, Chris and Tina started working on securing a green card for her, so she wouldn’t have to leave the country.

Two weeks ago today (Friday, January 26), Chris emailed, “After jumping through all kinds of hoops in 2017, we finally had Tina’s green card hearing today. It’s the last stop in the process.

“We were told to bring pictures, papers, letters or anything else that would prove we were a REAL couple. Tina suggested we bring your How 50 Couples Found Love After 50 book with us.

“During the interview, I mentioned that we had become kind of famous because of our long-distance relationship. I said, in fact, we were written up in a book. I handed him your book, with our page marked with a book marker.

“He opened the book and started reading. His whole face lit up. He said, ‘This is great, I don’t have to see anything else. You have your green card.’

“It was amazing. He never looked at anything else. We were out of there in less than a half hour. You had a hand (and a big hand at that) in getting Tina her green card. Thanks for your help.”

I think Chris and Tina’s story is remarkable. A 13-year, long-distance relationship endured. Chris just turned 84 and Tina is 77. Chris volunteers at the San Clemente Villas, a residence for seniors, by dancing with the residents every week. He also dresses up as Santa Claus and the Easter Bunny on holidays.

One other thing about Chris. On the first anniversary of 9/11, at age 69, he put the American flag on the “A” marker buoy via a kayak, just outside of Dana Point Harbor beyond the jetty in the Pacific Ocean.

Chris said, “I tended the flag every day from a kayak and changed it about every three months until I turned 80 and had heart surgery. The Dana Point Yacht Club said they liked it and would maintain it.”

For Valentine’s Day, 2018, you can bet that the color of Chris and Tina’s valentine will be green. I am incredibly proud of them.

The book, “How 50 Couples Found Love After 50,” is available on Tom’s online bookstore at: 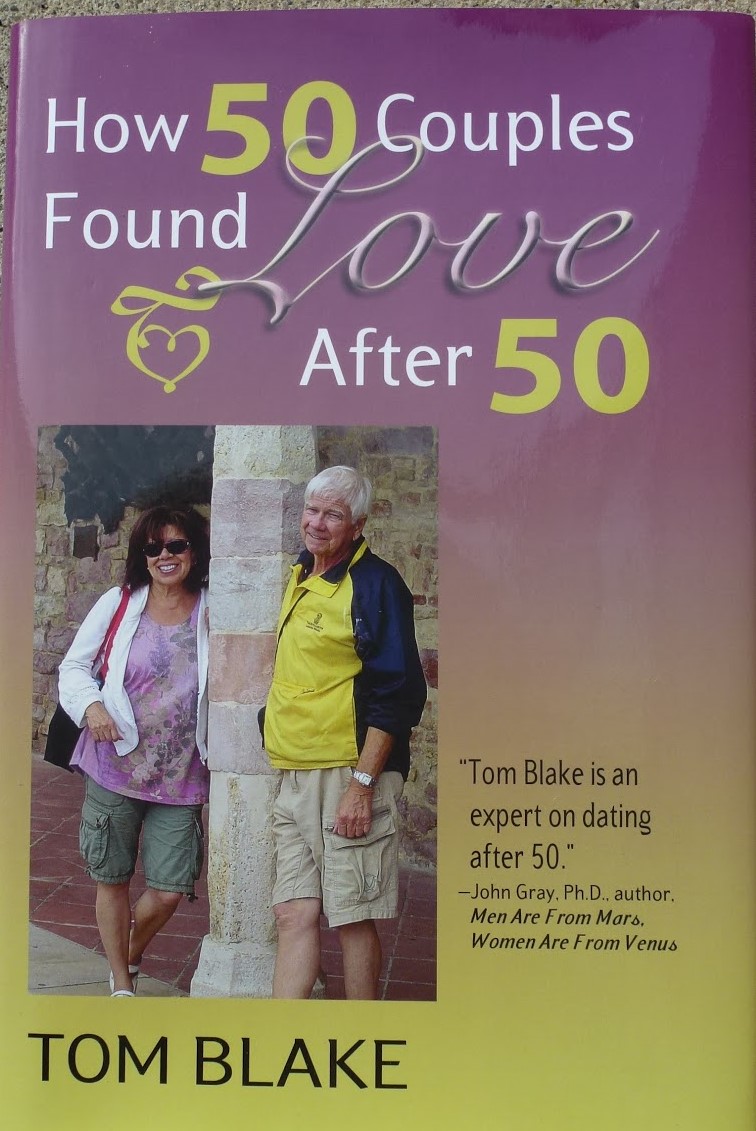 Champ Sally M., emailed “Our dear friend Shirley Budhos, aka the Wise Bird of Manhattan, passed away on January 24. You introduced us several years ago and we became friends.”

My response to Sally: “This is tough news for me. I loved her spirit, although we had never met in person. She was active with our newsletter until two weeks ago. When I quoted her, I always called her ‘The Wise Bird of Manhattan,’ a titled she provided more than 15 years ago.

“She contributed an endless number of times to the newsletter with her wisdom. Thanks for letting me know; I often don’t learn when we lose a Champ except when they stop sending in their opinions.

“She is probably itching to give her opinion from heaven today. I can almost guess what she would have said. I am honored that you let me know. Sorry for your/our loss.

“I looked back into my archives and found an email that Shirley wrote on July 8, 2016, She said:  ‘I feel like a spokeswoman who cannot articulate and reveal what women experience. All is not hilarity at my home, but my Russian soul suffers, mourns, and dashes with hilarity, the absurdity of living so long. Without my sense of humor, I would die.

“If you believe in miracles or happy endings, think of me. Life goes on in its own bumpy fashion. I have never lost interest in men and passion, but my imagination is somewhat more fulfilling than reality.”

We will miss you Wise Bird.