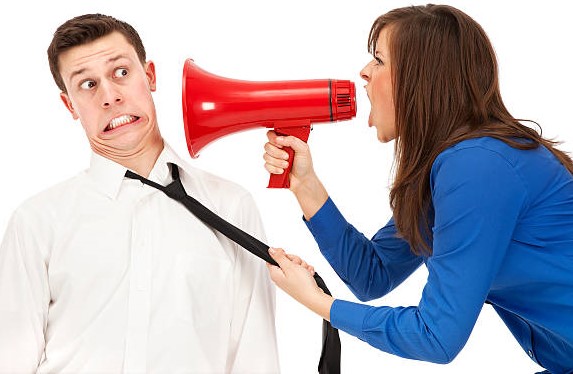 Seniors have the right to live again

Stuck with a live-in hoarder; a Champ wonders what to do

Champ Jeanne emailed: “I have a question about hoarding. Something that got glossed over when my partner moved in with me three years ago – the number of storage boxes etc. that he had and never used. It was pointed out to me that he is an organized hoarder. We met on the website Our Time in 2015.

“I had always envisioned hoarding as piles of newspaper etc. blocking passage in rooms and hallways! Every space has been filled with his stuff and he has more stuff in someone’s garage nearby. I am uncomfortable with every inch of space taken with the stuff that he never uses. It has become a problem in our relationship.

“I am constantly donating unused stuff that I have. I have learned that hoarders can’t get rid of stuff. I have asked that it go into the attic so at least it’s not taking up room that could be used by the things we do use, which have been shoved out of the way to make room for his things. That way he has access to it if needed.

“The bicycle, the motorcycle, the kayak, he refuses to move out. He is not going to use them – he’s in his late 70’s and out of shape!

“I’m hoping Champs shed some light and give some advice. If I mention moving anything, he wants me to take empty flowerpots and put them outside – that sort of thing…I’m over my head and completely frustrated!

“All this comes from my not bringing the subject of this ‘collecting’ up sooner in our relationship when I saw all the things he had and how he did not attempt to pare it down. “We don’t have an agreement, but he did say I can’t kick him out. The only way he would leave is if I put the house on the market and it sold! Maybe I had better ask my lawyer!

“I can’t live with the situation the way it is – I have tried to for the last few years but that didn’t work!! He has had two wives leave him to his utter surprise and although he has many wonderful characteristics, he is not relationship material.

“I ignored some red flags so that’s on me! He does give me some monetary contribution to the household, which is helpful, but not nearly what he would pay for a rental of this caliber in this area.

Tom’s response: We’ll see what Champs say. Last week’s title was “We have the right to love again?” This week’s title is “We have the right to live again.” Jeanne’s situation is not “if,” it’s “when and how?” Jeanne will get him out of her house.
I sent her a return email with a few questions. She responded, saying there are other issues in addition to the hoarding. He is quick to get angry and is an incessant talker.

She added, “His flaws are too much for me and they killed my love for him. I didn’t like the person I had become–yelling and fighting back or shutting myself in my bedroom.”

Another Champ was in a similar, but a different situation. She moved into a new apartment building a year or so ago in Northern California, signing a one-year lease. It took one day to learn that people who lived above her were unbearably noisy, dropping things on the floor during all hours. And the people below her were also unbearably noisy. The situation was unacceptable; she could not get much sleep.

The building landlord would do nothing. She took it upon herself to find other accommodations, even considering small college towns back East. Competition for small one-or two-bedroom places was brutal. Rental prices in California have increased dramatically. She finally found a nice location a few miles away. She forfeited a month’s rent at the end of her lease to get out of the bad situation.

She wrote, “I moved yesterday! After contending with looking for months, high and low, and getting beaten out for the only standalone cottage in my price range, I signed Saturday for a 2BR upstairs condo surrounded by magical redwoods and other mature trees.

“A good night of sleep is pure medicine!” She made the relocation happen while functioning on little sleep. That’s why I call our readers Champs—because that’s what you are. Go-getters. When things aren’t right, you strive to make them right.

Please share your opinions with Jeanne regarding the hoarder.