Greta and I are in Ireland. We have joined 25 other people from the USA and one man from Australia on a 10-day land tour around the island. We have traveled on a Globus tour, by motor coach, staying in hotels in Dublin, Ballina, Galway, Limerick, Tralee, and Waterford.

We arrived in Dublin a day early to try to adjust from an 11-hour flight that crossed eight time zones. Although exhausted on the first night, we wanted to stay awake for four hours to sync with Ireland time.

Greta and I found a pub called the Ruin Bar a mile from our hotel, the Gibson Hotel. A red line tram runs from the hotel to Abby Street, where we got off. I had a pint of Guinness and we shared fish and chips. We were amazed at the number of pubs in that area of Dublin near the Liffey River.

At our Dublin Hotel, we noticed movie cameras around the hotel. They were filming a popular Ireland TV show First Dates. About 30 couples of all ages, mostly much younger than us, were being taped. 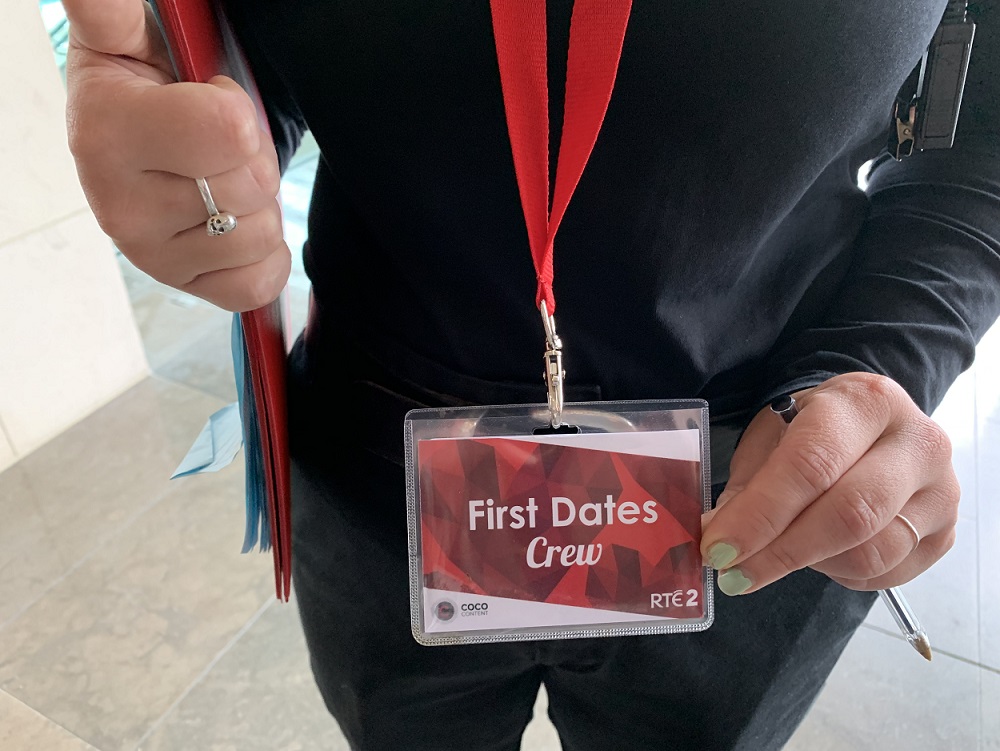 Popular Ireland TV show First Dates Crew Member showed us her I.D. badge
I jokingly told one of the show’s producers that Greta and I were there for our taping. She was perplexed–couldn’t find us on her list of participants–and we looked too damn old to be on the show, and we didn’t have an accent–and then I told her that I had written about senior dating for 26 years. I thought they might interview us, but they didn’t.

Of course, the main reasons for coming to Ireland were the castles, history, cities, green landscape and sheer beauty. In addition, its people are warm, welcoming and friendly. Most have a dry sense of humor.

Also, I had hoped to find genealogy information on my mom’s side of the family, name Pardee, some of whom I knew had come from Ireland.

Each day on the Globus Tours was very busy. Luggage outside the hotel room at 7 a.m. A quick Irish buffet breakfast. On the bus by 8 or 8:30. All kinds of activities each day. Hotel check in after 5 p.m. A group dinner most nights. Seven different hotels in six cities in nine nights.

We’ve seen so much it’s impossible in a column to describe everything. So, a few highlights.

On travel day one, the first stop was at the National Irish Stud Horse Farm. 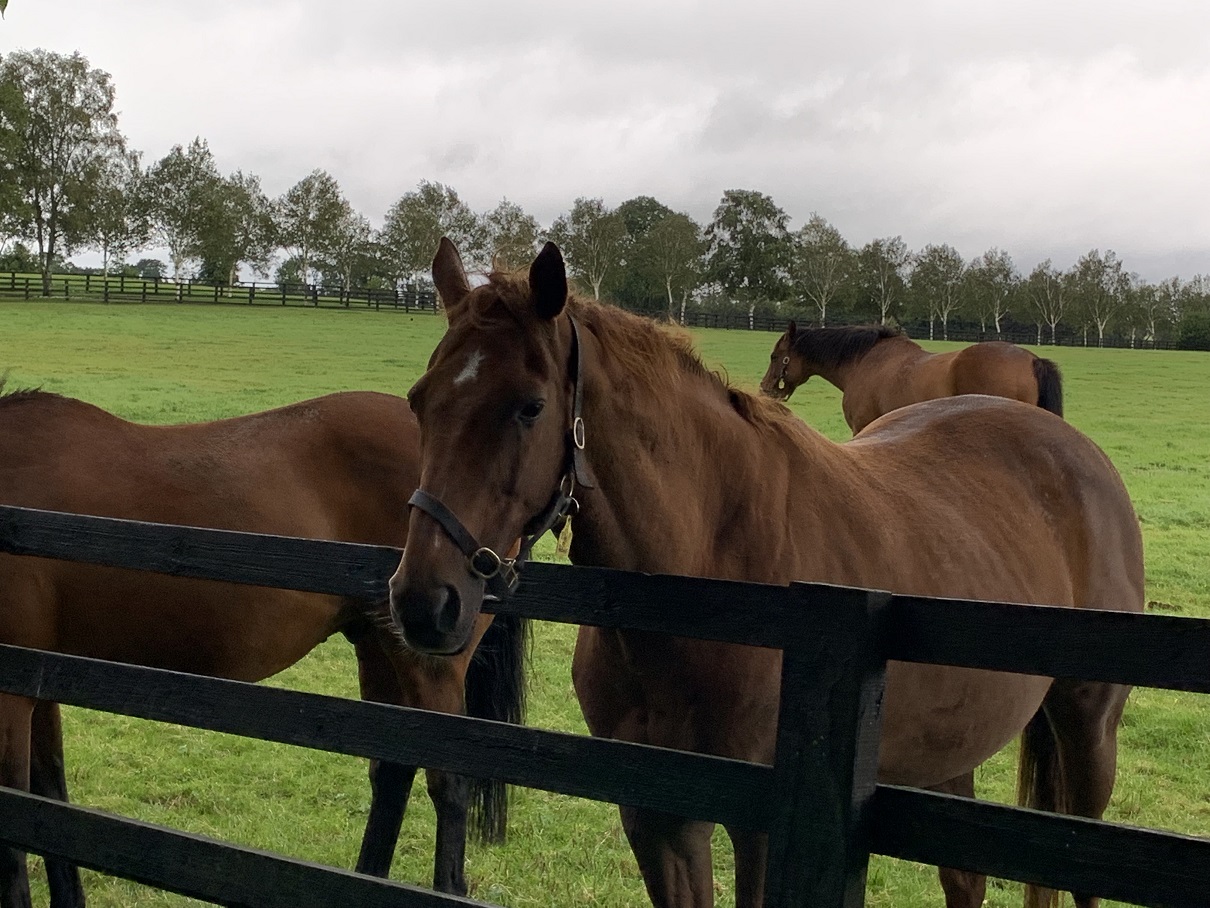 Stud fees cost as much as $135,000 per encounter if Invincible Spirit Irish Stud is the stud. Beautiful grounds and horses. 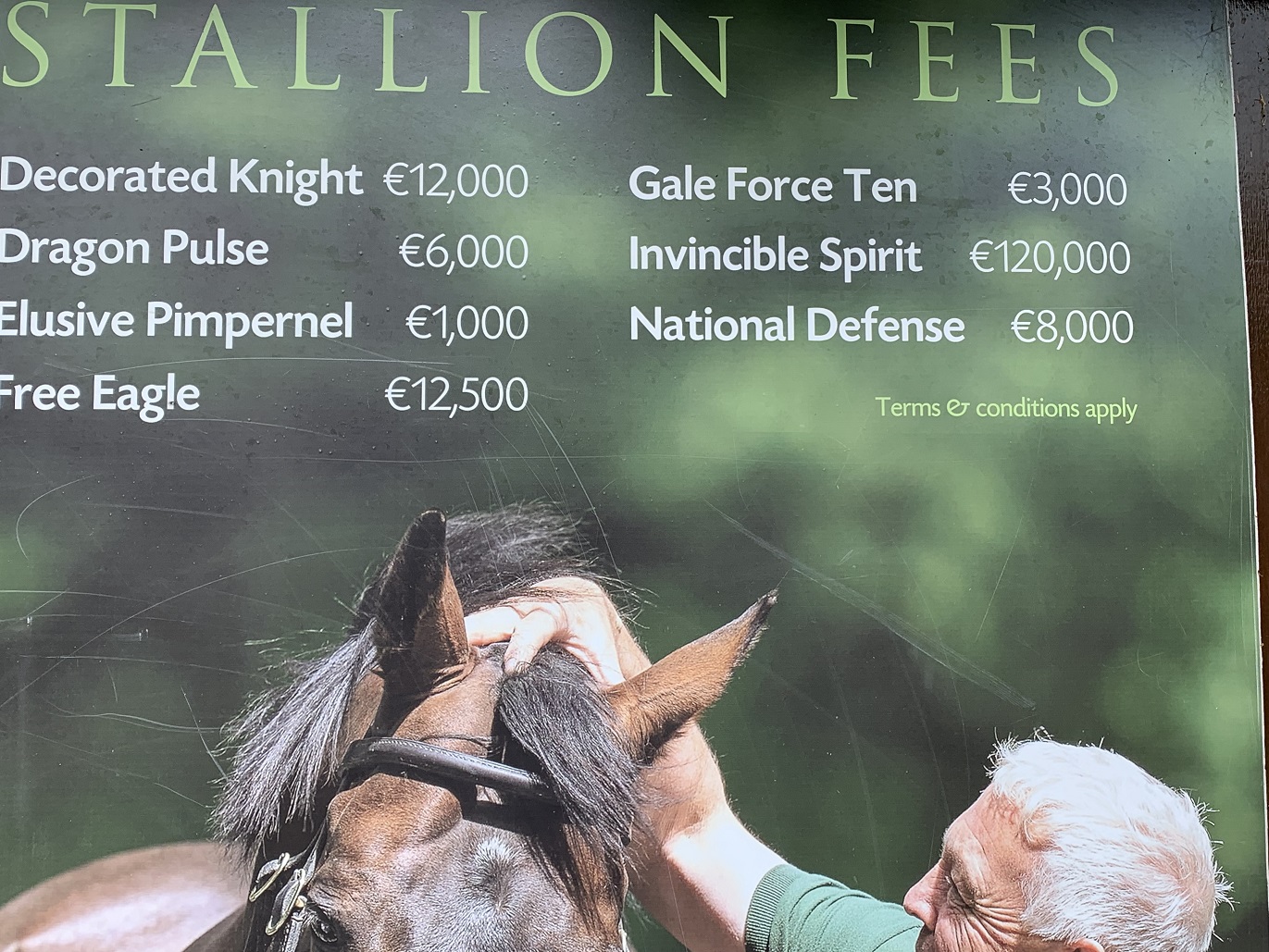 Later that day, the next stop: The Famine Museum in Strokestown. Here the terrible Irish Famine of the 1840s was explained. At that time, the potato was the main food for the population of eight million.

Many were very poor and were sustained by only eating potatoes, as many as 14 pounds per day per person. A blight destroyed the Ireland potato crop. Nearly a million people starved to death.

At the museum, we read about the tragedy, saw old pictures and depictions. As I left the museum, I thought to myself, I will never complain about anything again in my life. The messages there were that powerful.

On travel day three, we visited Kylemore Abbey, a massive castle acquired by Benedictine nuns from wealthy people who squandered their fortunes on an ambitious  social life. And then a stop at a marble workshop, where Irish marble mined from nearby quarried is turned into jewelry. My partner Greta purchase a pair of beautiful earrings made from Irish marble from a quarry nearby.

On the next day, the group rode a ferry boat to the Aran Islands, the westernmost islands of Europe. Gaelic is the first language spoken there. While there we climbed up a thousand feet or so to Dun Aengus, one of the most spectacular forts from prehistoric times.

Lunch that day was at Ti Joe Watty’s pub, where the group was entertained by an Irish guitar player and singer who I expect will be highly recognized around the world someday—not as big as the Irish band U2, but very talented and likeable.

In our tour group, every person had an interesting story. A couple of quick ones come to mind. A couple from Indiana told Greta and me that the husband encouraged his wife to do a DNA test with Ancestry.com.

His wife had been adopted at birth and knew nothing about her actual parents or family. Soon after the test, she got a phone call from a sister she didn’t know existed. She talked to other relatives as well.

They asked how her life had been. She said she was very lucky; her adoptive parents were great. Her siblings had a different story. They had had miserable lives. So, the contact was bitter-sweet. But, she was happy to learn who her true family members were.

Remember, I said I checking my genealogy on my mom’s side? Funniest thing. Found virtually nothing, but on my dad’s side, the Blake family, I found lots and lots of names. Even had dinner one night in Galway at Blake’s Bar. I had been searching on the wrong name. In Ireland, the name BLAKE has quite a history. 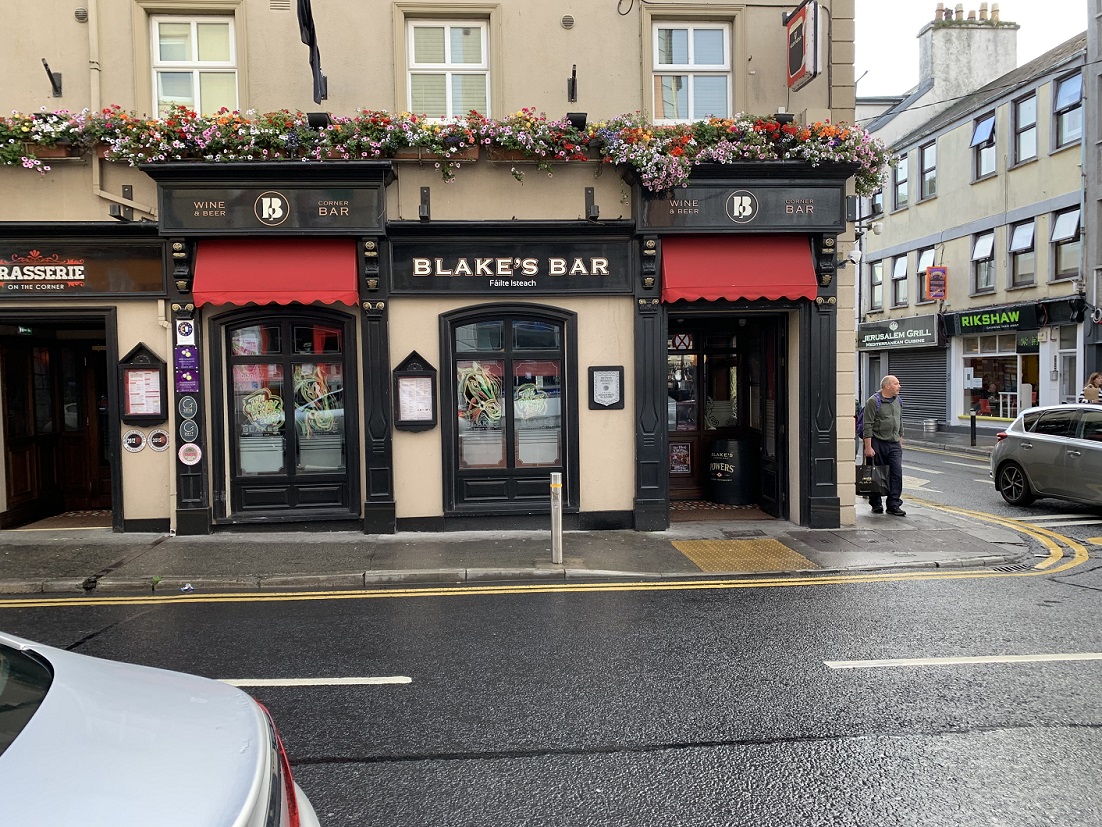 On another day, the group stopped at one of the oldest burial sites in the world, called Poulnabrode, which dates to 4,000 B.C. 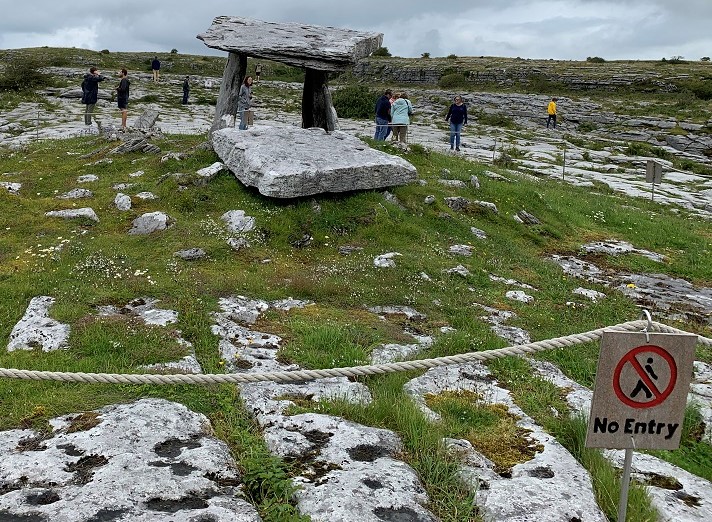 I was walking to the site from the bus with a guy named Bob, who was wearing a University of Miami baseball cap.

I said, “I was at the Orange Bowl once, where your team plays, at Super Bowl II, 51 years ago. Sat at the game with two American Airlines World Stewardess (called Stewardesses back then) queens and former Miami Quarterback George Mira.” The two women were Patty Paulsen and Jill Spaven.

He looked at me in amazement, saying, “I was at that game as well. Raiders vs. Packers, working with ABC Sports. And I have met George Mira. He could throw a bullet pass, like a rocket.”

Neither of us could believe we both had been at that game and now were standing side by side in Ireland, 51 years later.

Next week: I’ll share with you a few more places we visited and a few more personal stories about our trip. For now, I’ll simply say. Ireland is fascinating.

With 83 inches of rain a year, it’s green. We saw hundreds of cattle and sheep. Incredible old castles, and black stone walls everywhere in the countryside.

The Irish people are friendly. The food, especially the fresh seafood, is to die for. We are having an incredible time.

Reminder: The Meet and Greet at Tutor and Spunky’s in Dana Point, California, is Thursday, August 22, 5 to 7 p.m. Food complimentary. Beer and wine $5 each. Champ Maria will be the hostess. Greta and I will be in Europe. Have fun.