On Life and Love After 50 eNewsletter – November 15, 2019 – Breadcrumbed. A new senior dating descriptions

You’d think that after 26 years of writing approximately 4,000 eNewsletters and newspaper columns on senior dating and relationships, I’ve heard it all.

Not true. With our eNewsletter readers (Champs), there is always something new. Such was the case with Loretta’s email this week. She wrote: Breadcrumbed. A new senior dating term.

Having read last week’s eNewsletter about Chris and Tina applying for a 10-year green card, Loretta wrote: “I wanted to share my story in the hope you might provide your insight and perspective.

I considered him to be my boyfriend. I thought he considered me his girlfriend. Not sure if we were lifetime-partner material but my friends who met him thought we could be.

Tom’s clarification: Loretta explained in lengthy detail the background of their relationship. I edited those comments for brevity, paraphrasing what she said so readers will have background with which to work.

Loretta and her “boyfriend” were not together often—sometimes weeks would go by without seeing each other. She works full time; he works part time. They usually saw each other on Saturday afternoons and/or evenings. And sometimes during the week. They were comfortable with that arrangement. They texted and telephoned often.

The boyfriend spends Sundays at his son’s family dinners. She isn’t invited. Loretta makes her own plans for Sundays. Last year, a month after they met, they celebrated her birthday by dining out and going to the theater.

In 2018., they spent Thanksgiving and Christmas Day with his family. They exchanged gifts. They did not spend Easter together as he suffers from depression and confused his meds. He spent the day alone. She didn’t see him for six weeks “…while the meds adjusted.”

Loretta was asked to knit a baby blanket for the boyfriend’s grandson, who was born in July. She has not met the grandson. Once, last-minute, she was invited but she had already made other plans.

Hopefully, the above background details are helpful.

And now, back to Loretta’s email

She wrote, “He told me he considered me his girlfriend. He told me he loved me. I called him Tesoro Mio, my treasure and my boyfriend. He wanted to meet my friends.

“He also knew I did I not wait for him to make plans for a weekend. I would see my friends and do things on my own as he did every Sunday with his family. We would share what we were doing, so I thought. Last time I saw him, he asked if I had met someone. I told him no. He was my boyfriend.

“We last saw each other for dinner on Tuesday, October 29, 2019. He didn’t bother to shave or dress up. During that date, he brought up my birthday, saying he didn’t forget my birthday, knew it was coming up. No plans were made for my birthday. Poof.

“During that dinner, I asked about Thanksgiving and he confirmed via text me having Thanksgiving with his family and via a phone call only a week ago.

Prior to October 29, the last time we got together was on September 19 (about six weeks before). 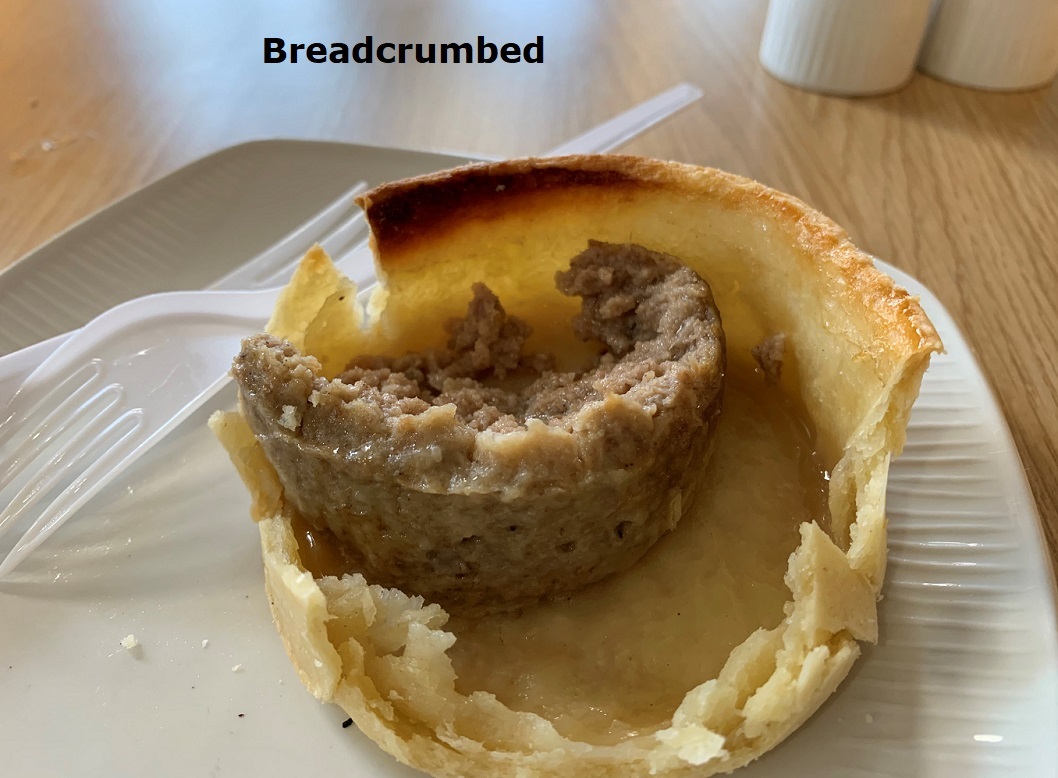 She wrote, “Breadcrumbed is a dating term like ghosting. It is when texting and receiving ‘likes’ on social media that make you think you are in a relationship. And has kinda replaced ghosting. Worse than ghosting, however, as just when you think the relationship may be ending, it picks back up. Or as in my case, talk of plans and then none made. Talk of taking a trip together and then hearing it’s not a good time for a trip.

“It is the story of Hansel and Gretel. The crumbs led to the wicked witch, not a happy ending.

Then, she asked me: “You did an eNewsletter about ghosting. Would you consider one on breadcrumbed and situational relationships?

“Dating has changed so much with social media and texting, it is easy to think or find oneself in what one thinks is a solid relationship, only to learn it isn’t anything at all. Poof, and you realize–despite expressions of love–it wasn’t anything.

“I called him early in the afternoon on my birthday. I was concerned about his health (he has a blood clot in his leg). He shared he wasn’t feeling great and was just hanging out at home.

“He said he was selfish in forgetting my birthday. I didn’t correct him just told him where I would be for dinner, if he felt like joining me. Texted him the address and time. I hadn’t heard from him for five days.

“Though, the last few weeks, I realized upon reflection, not so many calls. The missing calls were explained by him–without my asking–that he was receiving calls from his son each evening as his new grandson was being put to sleep.
“I went to dinner to celebrate by myself. I thought it would be a kind gesture to drop off a meal from the restaurant; he had told me many times that I was welcome anytime. This would be the first time that I just showed up without calling ahead. After all, he told me he was home alone, with nothing going on.

“When I arrived–much to my surprise–I saw another car in the driveway with a woman putting food leftovers in her car trunk. She walked back into the house.

“I followed her into the house as the side door was open. He was standing in the living room with his jacket on. It appeared they had just returned from dinner out. He was dressed for a date as was she.

“I handed him the food. Spoke to him and said I brought you dinner as I thought you were too sick to go out.

“He smiled, said she is a friend, and, he asked me to leave. He would call me.

“I said goodbye to him as I left.

“Two things: If she was just a friend, I believe he would have introduced me.

“Second, I haven’t shed a tear. I am in shock. Can’t believe for one who is viewed as sharp and smart by my friends, that it happened. Feeling overwhelmed in my disappointment.

“Believe I’ve been breadcrumbed, and in a situational relationship without ever knowing it. Gotta move on and recover.

“It was a relationship that was comfortable, not perfect. He told me he loved me. I was invited to stay over.  In the end, it’s probably for the better. Just sad how the end happened.”

Tom’s wrap up: I know Champs will have opinions. I have no words, other than: There were red flags that Loretta overlooked. His ignoring Loretta’s birthday was bad enough, but for him to be out with another woman on Loretta’s birthday, and asking Loretta to leave, that’s the end of the line.

So now, we have new dating terms: breadcrumbed. A new senior dating term.

Responses to Loretta’s story from my readers, whom I refer to as Champs, in the following week’s eNewsletters, which is published next in this eNewsletter.