Our most-written-about Champ couple is in the news again. Yes, I’m referring to Chris and Tina Anastasio, San Clemente, California residents. Most of you will recall that I’ve written about them before on a couple of occasions.

Why the hoopla about Chris and Tina (Christine)? Because, in the 26 years I’ve been writing newspaper columns and newsletters, I’ve never met a senior couple who has endured and overcome as many senior relationship challenges as Chris and Christine. 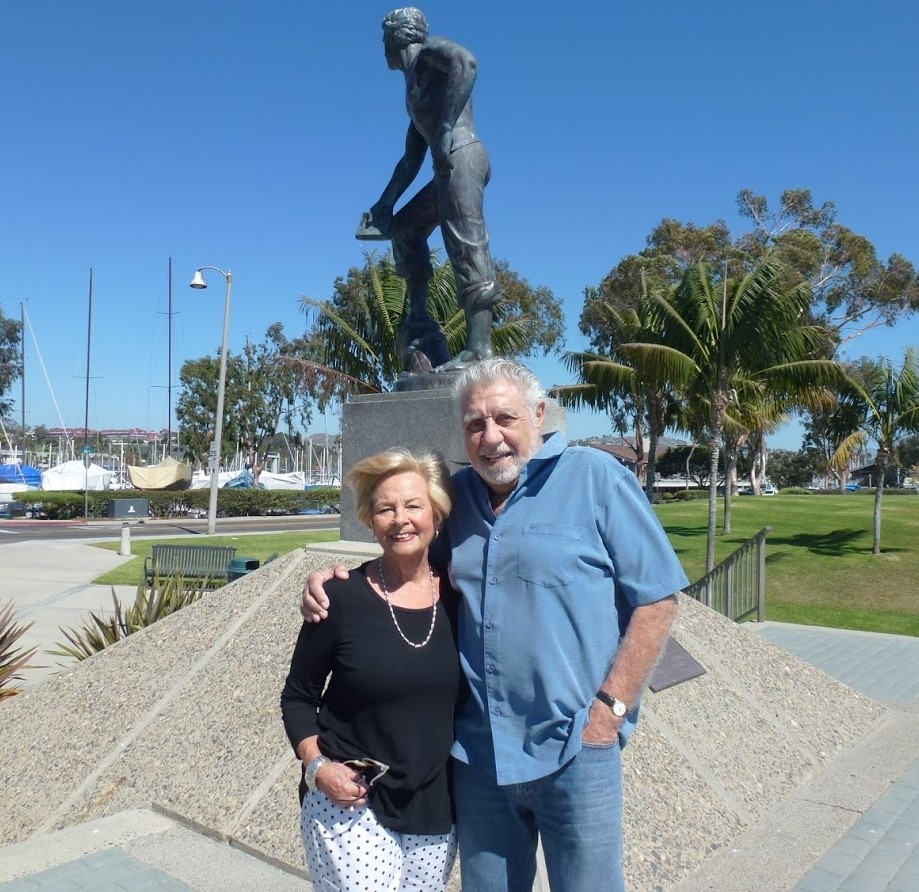 To refresh your memory: Their story together began in 2004. Chris, as a cruise ship dance host on a cruise ship, danced with Christine, a lovely widow of 18 months from England. After the cruise, they started corresponding, which began the longest, long-distance relationship of which I’m aware—5,419 miles, San Clemente to England.

Over the years, when they could, they visited each other, and took trips together.

In 2009, I published a book titled, “How 50 Couples Found Love After 50.” In their story, which is included in the book, Chris states, “Every time we get together it’s like a honeymoon.”

After 13 years of being an unwed, long-distance couple, Chris and Christine married on February 12, 2017, at the Dana Point California Yacht Club. Greta, and I attended the wedding, and I wrote a column about them. 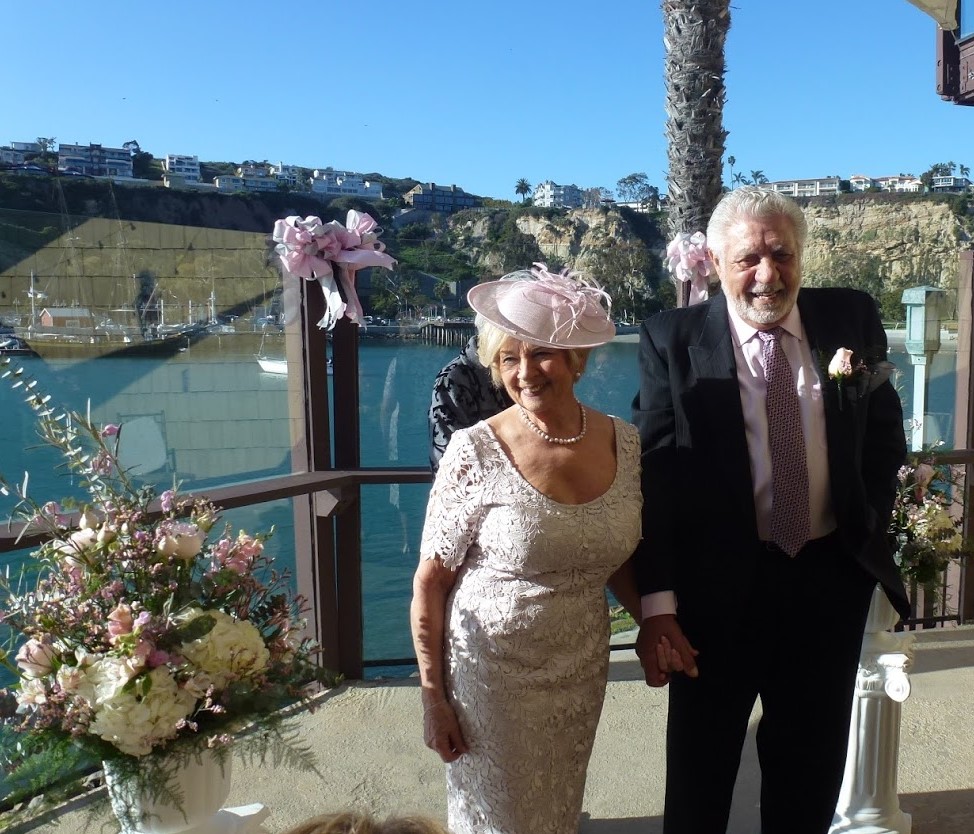 Tina and Chris Anastasio–tying the knot in Dana Point in February, 2017 (photo by Tom Blake)

But their challenges weren’t entirely behind them. Christine still had to return to England from time-to-time because she wasn’t eligible to permanently stay in the United States.

So, a month after their wedding, Chris and Christine started the legal process of securing a two-year, temporary, green card for her, so she wouldn’t have to leave the country so often.

A year later, in February, 2018, Chris emailed: “After jumping through all kinds of hoops last year, we finally had Christine’s green card hearing today. It was the last stop in the process.

“We were told to bring pictures, papers, letters or anything else that would prove we were a REAL couple. Christine suggested we bring your How 50 Couples Found Love After 50 book to the green card hearing.

“During the interview, I mentioned that we had become kind of famous because of our long-distance relationship you’ve written about. I said we were featured in your book, and handed it to him, with our page bookmarked.

“He started reading. His face lit up. He said, ‘This is great, I don’t have to see anything else. You have your green card.’

“It was amazing. That’s all he looked at. We were out of there in less than a half hour. You had a hand (and a big hand at that) in getting Christine her green card. Thanks for your help.”

Their green-card story is why I wrote a second article about them.

I think their life-together achievement is remarkable. I’ve had seniors complain that someone who lives a few miles away is geographically undesirable. Traveling to another state to meet? Unthinkable.

And, yet Chris and Christine stuck together being 5,419 miles away. Chris is now 85, and Christine turns 79 this December. Chris is well-known in south Orange County for his charity work.

One other thing about Chris, who is a US Navy veteran. On the first anniversary of 9/11, at age 69, he put the American flag on the “A” marker buoy via a kayak, just outside of Dana Point Harbor beyond the jetty in the Pacific Ocean.

Chris said, “I tended the flag every day from a kayak and changed it about every three months until I turned 80 and had heart surgery. The Dana Point Yacht Club said they liked it and would maintain it.” (Note from Tom: this week, I verified with a guy who does stand up paddling in the ocean that the flag is still on that buoy).

And now, another challenge has arisen

This week, Chris emailed an update: “Christine’s two-year green card expires soon. So, we must go back in and apply for Christine’s 10-year, permanent green card. Is it okay with you if we carry your “How 50 Couples Found Love After 50” book to the government office again? It brought great luck to us two years ago.

My reply: “Of course. Let me provide you with a fresh copy. Hopefully, it will help you get Christine’s permanent green card.

Also, not letting age slow them down, Christine and Chris added, “We are taking a cruise over the Holidays. We board the ship in Singapore December 18, and disembark in Dubai, January 2, 2020. We will watch the New Year’s Eve fireworks from the deck of the ship in Dubai Harbor.”

Christine and Chris Anastasio are one of the most inspiring–and indefatigable–Champ couples I’ve ever come across.