“Dry Your Eyes,” a nine-year ordeal coming to an end

This January, I wrote a column titled, “The McStay Family Deserves Closure.” In one way, it was easy for me to write, as I was closely acquainted with the people affected. In another way, it was difficult to write, as it was deeply personal to me.

That January article described an ordeal that the McStay Family—my ex-wife Susan and former stepson Mikey—have been through over the past nine years.

Background: While on a business trip to Dallas, Texas, in the mid-1980s, I met Susan McStay. In 1987, Susan and one of her sons, Mikey, moved to live with me in San Rafael, California. A few months later, her other son, Joey, joined us.

Six months after that, the four of us relocated to Dana Point in southern Orange County. She and I married later that year; we divorced in 1994.

On February 4, 2010, Joey, his second wife Summer, and their sons Gianni, 4, and Joseph Jr., 3, went missing from their Fallbrook, California home.

Five days later, their Isuzu Trooper was found abandoned in a strip mall parking lot near the Mexican border, giving the impression that their disappearance may have been voluntary, that perhaps they had decided to travel or move to Mexico without telling anybody.

But, that didn’t add up. Food was left on the dinner table, their beloved dogs had no food or water, and there was $80,000 in a bank account. And Joey would never have left without telling his mom.

The mystery of the family’s whereabouts lasted nearly four years. On November 13, 2013, an off-road motorcyclist noticed parts of a human skull in the Mojave Desert near Interstate 15 in Victorville, CA., and reported it to law enforcement. The four McStay bodies were found buried in two shallow graves. A sledgehammer was in one of the graves.

A year later, Nov. 5, 2014, Chase Merritt, a business partner of Joey’s, was arrested on suspicion of bludgeoning to death all four family members.

Another four years passed, until, January 7, 2019, when the trial finally began, which is when I wrote the “McStay Family Deserves Closure” article.

Keeping in touch with Mikey

Mikey, and his new wife, Gaylan, live in the North Beach area of San Clemente, near the McStay Memorial Bench, which is on a bluff overlooking the ocean at 1407 Buena Vista. 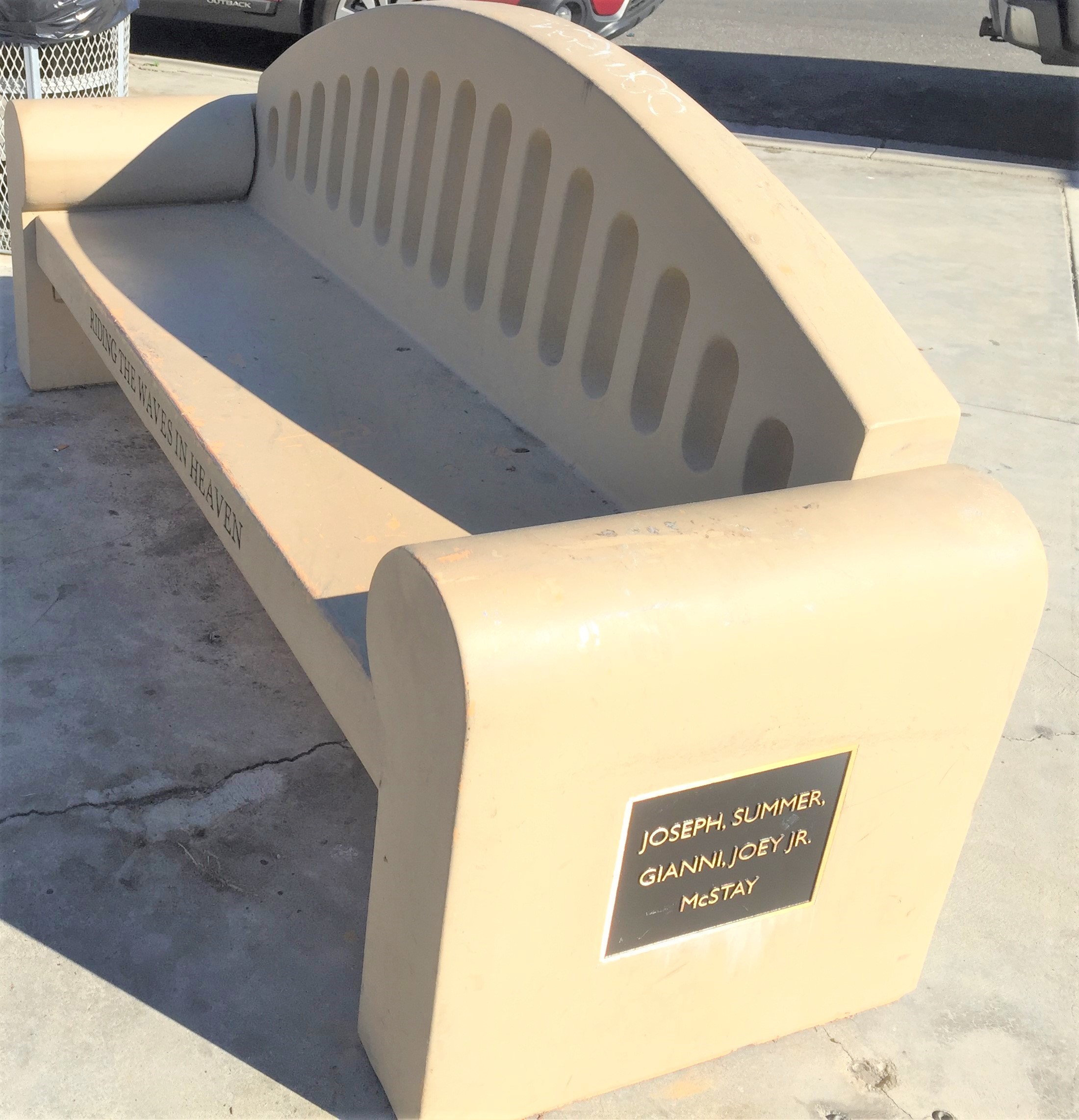 Mikey and I have touched base a few times during the last several months. Mikey phoned me in early June, saying the trial would end soon. He was upbeat.

The verdict was reached on Friday, June 7. However, it wasn’t revealed until 10 a.m., June 10. I wanted to hear the outcome the moment it was announced. I couldn’t get it on live TV, or online, so I turned on my car radio to KNX and sat outside our Dana Point home in the car until I heard the news. It’s the same home where Joey, Mikey, and Susan lived with me for six years.

After a nine-year ordeal and a five-month trial, a verdict was reached: Merritt was found guilty on four counts of first-degree murder. There remain many unanswered questions about the case, and now the sentencing phase is underway.

Did the verdict bring closure to the McStays? In a way, perhaps. But how will they ever forget what happened? Closure wasn’t the correct word to use in that article. According to a June 11 Los Angeles Times article, by Alene Tchekmedyian, as Susan left the court room, she mentioned to a woman, “It’s over.” So, maybe “over” would be a better word choice than closure.

After hearing the verdict Monday morning, I was in a fog most of the day. Although I hadn’t seen the McStays much in the years following the divorce, they had been a part of my life for six years. And I am the reason they moved to California, although years ago, shortly after the family disappeared, Susan told me emphatically not to think that way.

The lyrics, “…To those distant fallen angels, who descended much too soon,” from the song, “Dry Your Eyes,” co-written by Neil Diamond and Jaime Robertson in 1976, kept going through my mind on Monday. It’s a start-healing song, that was written after the 1960s assassinations of JFK, Martin Luther King, and Bobby Kennedy.

At a Hot August Night Neil Diamond concert at the Los Angeles Forum in 2017, one of Diamond’s last concerts, I videoed three minutes of him singing “Dry Your Eyes.” Greta and I were sitting in the balcony and I didn’t have my zoom on, but it’s still the best video of Diamond singing that song–and his band playing it–that I could find on YouTube. The band member playing the trumpet is outstanding. The link to the video is below.

You will notice in the upper right corner of the video, beginning about 35 seconds into it–there is a close-up screen of Diamond, and then at the 1:30 point of the video, the trumpet player appears and plays his solo also on that screen.

Now that the verdict is in, somewhat ending the nine-year ordeal that the McStay Family and Summer’s family have gone through, perhaps those family members will be able to start drying their eyes.

Link to my Dry Your Eyes video on YouTube:

A reminder: the next Senior Meet and Greet will be Thursday, June 27, at Tutor and Spunky’s Deli, Dana Point, 5 to 7 p.m. I always enjoy meeting and getting to know our Champs who are able to attend.