In the 24 years of writing newspaper columns and eNewsletters about senior relationships, there is a question for which I’ve never had a good answer. Until now. Perhaps.

The question: What do unwed senior couples call themselves?

I was reminded of that question by Mark Flannery, Fullerton, California, who emailed: “Donna and I have been together for eight and a half years. We were having lunch in Dana Point (California) with Wally Horn and his partner of 30 years, Bobbi, and this question arose: ‘What do we call ourselves? Partners? Companions? Significant others? Boyfriend/girlfriend?’”

I can relate to Mark’s question. My partner Greta and I have been together for 20 years. We aren’t married. I still find myself wondering how to introduce her. Often, “Life Partner” comes to mind. It’s an okay term, but I still get a puzzled look from people who seem to be wondering what the heck a life partner is, or they think it’s a lame explanation for why we aren’t married.

Greta and I enjoy taking cruises. We always opt for open-seating at night in the dining room, which means we are usually seated with different people every night. Frequently, table mates ask, “How long have you two been married?” Greta and I look at each other and one of us responds, “We’ve been together for 20 years.”

Most couples accept that answer, thinking we’re married. It’s easier to leave it that way than trying to explain that we are significant others or life partners or whatever we are calling ourselves at the moment.

When Greta and I would visit my mom in her retirement community in Santa Rosa, when we were out socially with Mom’s friends, Mom would introduce Greta by saying, “This is Tom’s Greta.” That was her way of saying we were living together and not married, which she probably wasn’t entirely thrilled about.

In his email, Mark Flannery added, “Donna and I are a LAT (living apart together) couple. She is 69, still working, and lives in Irvine. I’m 71, retired and live in Fullerton. We go back and forth between the two cities a lot.”

Mark added, “Our friend Wally is 84 and Bobbi is 75. They are both retired and have been together for almost 30 years. When we were talking about what to call ourselves, I floated an idea I’ve had for some time: ‘Semispouse.’

It received a favorable response from our little group. It isn’t perfect, but it seems to have some qualities the other labels lack. The term is included in the Urban Dictionary.”

At first, I thought the semispouse term a little bizarre, visualizing a semi-truck driver with his wife riding with him in the cab.

I looked up the term in the Urban Dictionary. It’s definition: “A significant other that plays the role of a spouse without being legally married.”

And then I decided, when written, the term semispouse would look better with a hyphen inserted: semi-spouse.

While semi-spouse for unwed senior couples will work for now, still, I’m all ears to hear our Champs’ suggestions for what to call unwed couples. Just don’t call us, “Old fogies living together!” 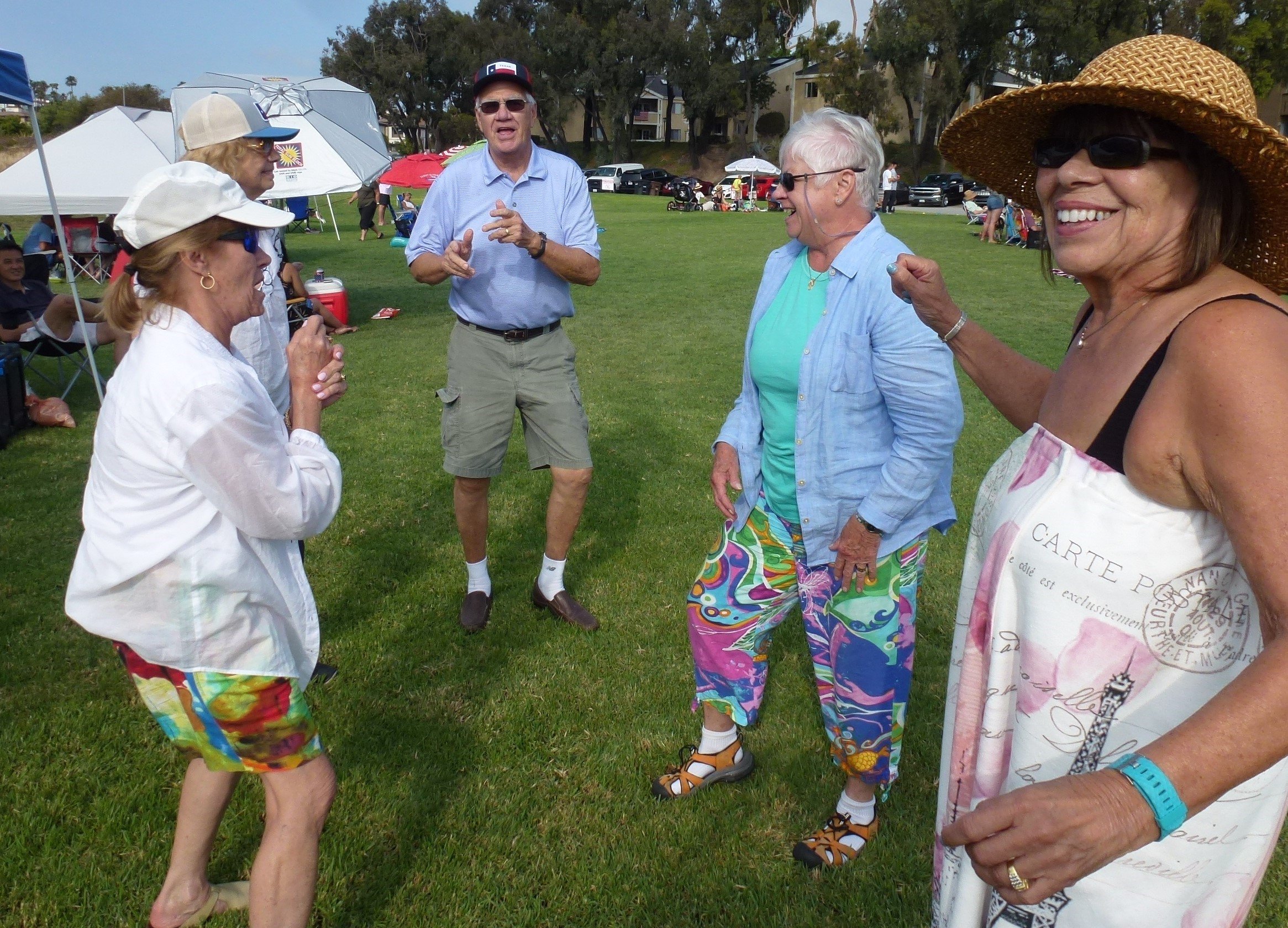 What do senior couples call themselves? Not old fogies that’s for sure. How about active, fun loving,energetic significant others or semi-spouses. Who cares really? Just go out and have a blast.