Regardless of age pursue your passion

Lately, we’ve talked about the importance of keeping our bodies moving and our minds active as we age. I was strongly reminded of that this week in an online magazine article I read titled, “Why Does Willie Nelson Still Do iI?” The link to that article, which includes a fascinating and revealing video interview with him, is at the end of today’s story. But, first, some background.

In August, 2015, Willie Nelson, then 82, was scheduled to perform at the Orange County, California, Fair. My life partner Greta and I, and our Dana Point friends, Ron and Lee Cohan, had tickets for the concert at the Pacific Amphitheatre, an outdoor venue. The four of us realized it would probably be our last chance to see Willie, a country music legend.

Most, not all, of the audience appeared to be ages 50 to 90. We were in our row 2 seats; the band’s instruments were in place on the stage. And then, it started raining hard; the show was canceled.

Three months later, the same foursome—Ron, Lee, Greta and I—attended a January 6, 2016, Willie Nelson and Family concert at the Grove in nearby Anaheim.

On the night of the concert, it rained again, but the Grove is an indoor venue, so we knew the show would go on, although the possibility of a rain-cancellation crossed my mind as we drove there.

Frankly, my expectations about Willie performing were modest. I imagined that his family members, including his sons Micah and Lukas on guitars, and “little sister Bobbie,” as Willie calls her, on piano, would be the primary performers, and that Willie would sing only a few songs. After all, he was 82.

When the lights dimmed, Willie led his band onto the stage. He was wearing a t-shirt with “Maui” on the front and his usual red headband.

Willie picked up his guitar Trigger, the name he’s given to his ancient Martin N-20 classical guitar that he’d had at that time for 47 years–the one with a gaping hole and faded autographs from famous people such as Johnny Cash and Waylon Jennings on it. He began with one of his classics, “Whiskey River.” The four of us were pleasantly surprised; Willie and his band sounded great. 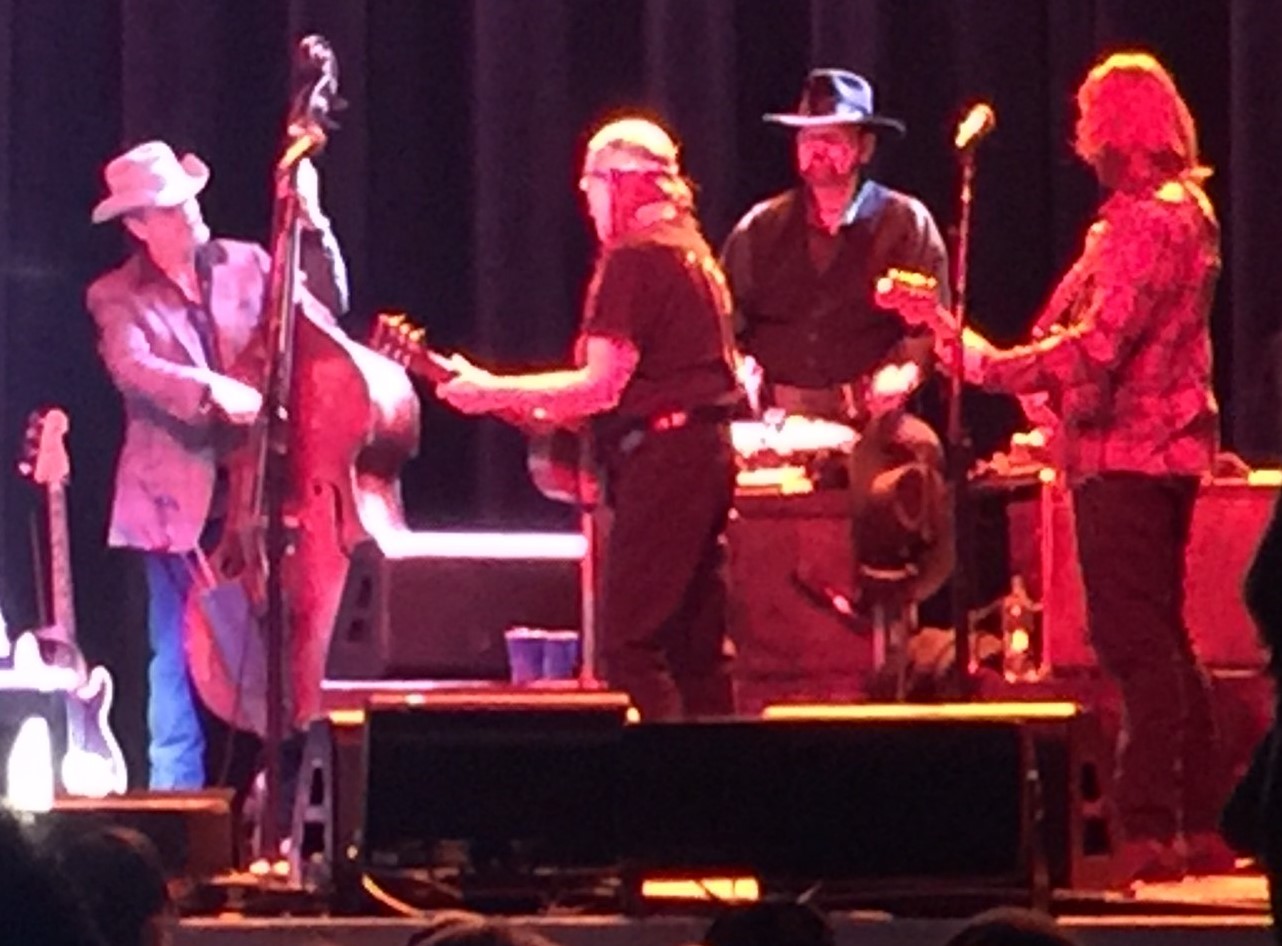 Willie Nelson at the Grove in Anaheim, California, January 6, 2016

He was on stage nonstop for over 90 minutes. He sang: Georgia on My Mind; On the Road Again; Angel Flying Too Close to the Ground; Crazy; Roll Me Up and Smoke Me When I Die; Good-Hearted Woman; Always on My Mind; and about 25 other songs, all of them familiar.

He was gracious and personable. Fans kept tossing cowboy hats on the stage. Willie would wear the hats for a couple of songs and then toss them to the crowd Frisbee-style. He also threw five headbands to the crowd.

One of our Champs, Ken, also attended that concert.

And now, this coming August, Willie–who turned 85 last Sunday, (the guitar Trigger, is now 49, and “baby sister” Bobbie, is 87) and his family–are coming to Southern California again. He will be at the Orange County Fair, but we aren’t going to see him there.

Instead, the night before, he is performing at Humphreys by the Bay, a cozy, intimate, outdoor venue cuddled next to yachts in San Diego. Our friends, Ron and Lee, purchased a package that includes dinner, an overnight stay at the hotel, and Row 2 seats. We are going with them. To make this concert even more special, singer Alison Krauss, of the group Union Station, is also performing.

Written on the tickets: “Humphreys/Rain or Shine.” So, it can rain all it wants that night.

This Monday, Texas Monthly magazine featured Willie in an article by Michael Hall that contained a link to a video interview with Willie. I recommend you click on the article link (the video link is included in the article):
https://www.texasmonthly.com/the-culture/why-does-willie-nelson-still-do-it/

If you want to see the video only (4 minutes, 38 seconds) it reveals why Willie keeps creating. He is quite the remarkable personality. I’d thought you’d enjoy it. The video-only link is below: 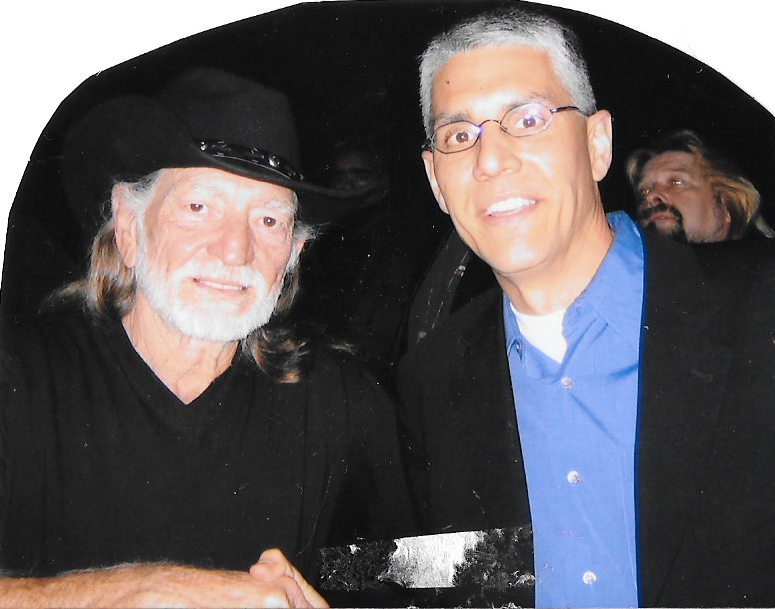 Greta said, “Just because we are older, doesn’t mean we stop doing what we love. Willie is the epitome of that. He says he keeps going because it makes him happy and keeps him alive”

Part 2 – We’ve been writing about overcoming senior single loneliness and you’ve sent in incredible comments. I’d like to hear from caregivers how they deal with their own loneliness. Any comments on that topic would be appreciated.