Why meeting eligible men age 70-plus is so difficult. Senior romance (or lack thereof)

Many of you have asked why women Champs are so much more active and visible in this e-Newsletter than male Champs.

The most obvious answer is simple: At age 70, there are approximately three to four times more single women than men in the USA. And our newsletter subscriber list reflects that. Without doing an actual count, I predict that 75% of our Champs are women.

That’s not to say that we don’t have some great male Champs who often contribute. Guys like Art in Florida, Sid in Florida, Jon in Olympia, Washington, Carm in Mexico, Ken and Les in Orange County, Calif., and Mark in Palm Springs to name a few right off the top of my head. Art, Jon and Carm each have a significant other and are already taken.

And, by the way, Sid in Florida was just selected to be inducted into the DePauw University Athletic Hall of Fame for his swimming accomplishments in the 1960s. Way to go Champ.

Why don’t I try to fix up single male Champs with our women Champs? After all, we’ve got an estimated 300 single men 65+ on our mailing list. But, I’m not a match maker, it’s generally a no-win endeavor. Let me give you a couple of examples why.

One guy in Orange County, California, where I live–I will call him Mr. Nope–contacted me a year ago. He wanted to meet in person to talk about me fiximg him up with single women.

When we met, he explained that the women had to live within five miles of his home. When I suggested that he should expand his geographical reach—that it would improve his chances of meeting a nice woman–he said, “Nope, I don’t want to drive that far.”

Then, I told him that my partner Greta and I had met an attractive, outgoing and friendly Asian woman, who lived in his city, whom he might really enjoy, he said, “Nope, I’m not attracted to Asian or Hispanic women.”

I looked at him in disbelief and thought to myself, in California? You must be kidding. How closed-minded is that? And speaking of missed opportunities.

In another case, I introduced, by email, a man (I will call him Harry Shoe) and a woman who live not too far from each other in the same Eastern state. He had contacted me. He was a new widower and was hoping to make a connection with a nice woman. They met and started dating.

She wrote me a few months later: “Just an update on Harry Shoe and myself. After six months of his juggling his work schedule, helping his deceased wife’s elderly in-laws, plus the memory of his wife, I had to let him go.

He was a sweet man but had not even stopped long enough to address his wife’s death. I was at his home twice and things were the same with his wife’s things still in the same spot. I had to move her purse on the kitchen table to have coffee, her clothes were in her bathroom, toothbrush still in its holder.

It was impossible to be even remotely romantic with her things around; he didn’t understand, so he never invited me back. I wished him well and moved on. I will probably never date a widower again–unless it’s been years, instead of months–since his spouse’s death.”

In both cases, nobody benefited from my match making. As I said, match making is pretty much a no-win endeavor.

Another guy (we’ll call him Amy’s man) said, “I adopted Amy, a rescue dog, eight months ago–three years into my search for a woman partner–and Amy’s here by my side every day to remind me I’m capable and deserving of love (even if I am a geezer!).

“Amy’s also a bit of a ‘chick magnet,’ but, so far, that hasn’t helped me attract the woman I’m looking for.” 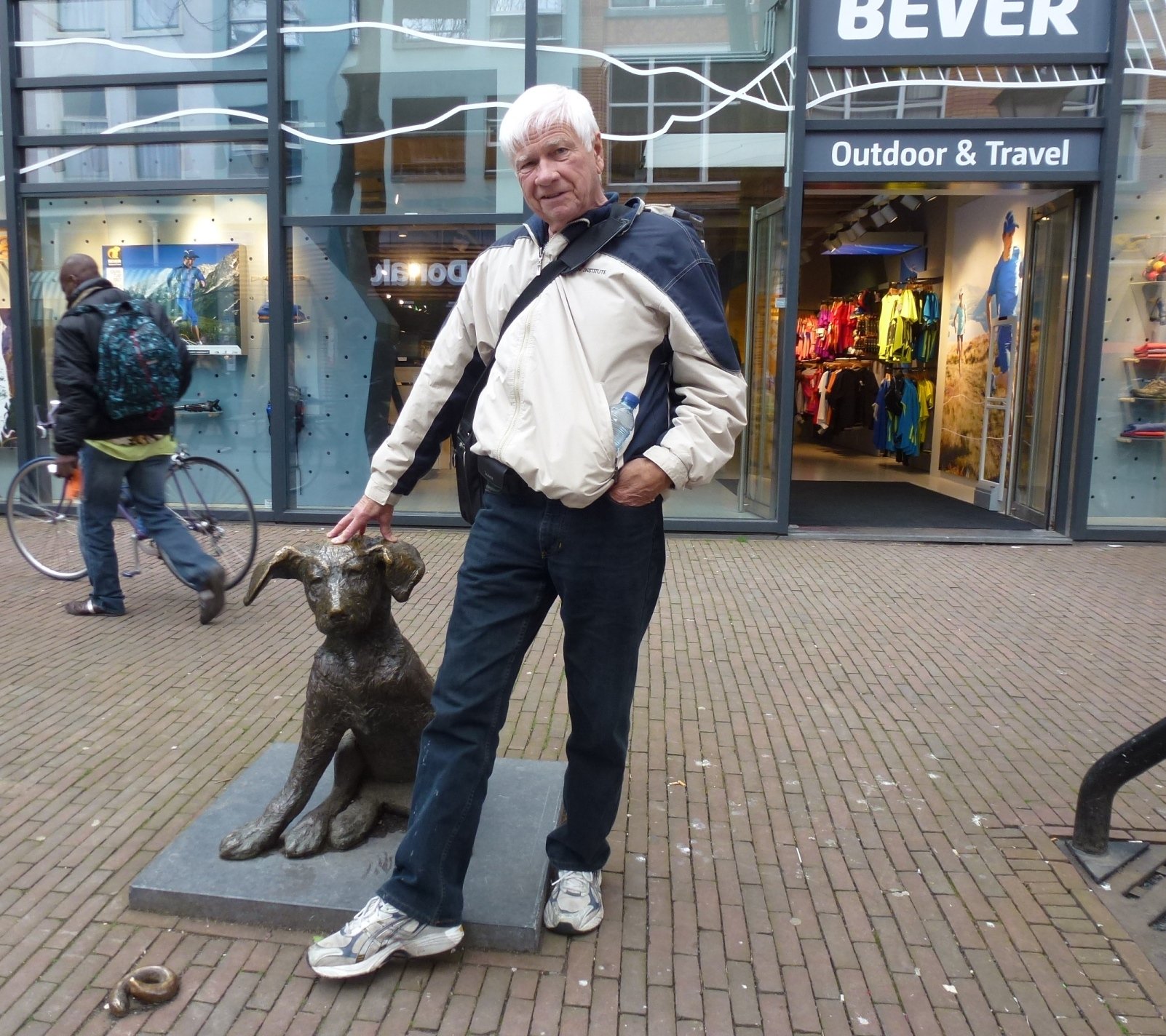 I wrote Amy’s man and asked if I could include his comments, and the picture he had sent of him walking Amy, in the newsletter. Not as a personal ad, but just as a human-interest story of a single man in his 70s, who would make a pleasant mate.

I even offered to include his email address in the newsletter so women could readily email him.

Here was the response from Amy’s man: “I’ve shied away from any involvement or prospects of women living more than 25 miles from my home. My position’s not as limiting as it might appear, with a major metropolitan area (Washington, D.C.) within the radius.

Candidly, I’d have to say my continued solo existence is due as much to lofty expectations as it is to a lack of opportunity. Thus, remaining the hard head I’ve been for 70-plus years, I think I’ve gotta decline your kind offer.

I am writing this to you today while thinking about Amy, as she stared devotedly into my eyes from beside me on the bed this morning, when I looked up from the newspaper.”

His comments give us an idea of how one single man thinks about putting himself out there. I couldn’t do anything about his “lofty expectations,” but I could have done something about his “lack of opportunity.” After three years of him searching for the right woman, I thought he’d be game.

But, he’s not interested and that is that. His position is similar to so many other men I know. They say they’d like to meet a nice mate, but when it comes down to it, do they really mean it? Would they be willing to make a commitment? No wonder meeting a 70-year-old guy (or older) is so difficult.

Deep down inside, instead of a nice woman, they’d rather have rover instead.

Just curious. Do any of our age 70+ single men have anything to add? Would love to hear it.