(Today’s column has been edited for length and clarity. Names have been changed at woman’s request).

Is Champ Corrine overthinking her relationship? Did she put unnecessary pressure on her new man friend? Here’s her story.

Corrine wrote, “I was married for 24 years (1st and only marriage) and divorced in January 2018 at age 63. Six months after the divorce I decided to go online (OurTIme).

“I couldn’t believe my luck. Within three months, I met two men face to face, both on the same day, one in the morning and one in the afternoon. Both men were very nice; but I enjoyed meeting Richard more, the afternoon date.

“We immediately started dating and were committed to each other rather quickly. He had been in a 15-year relationship and was anxious to meet another woman. We were exclusive in that neither he nor I saw anyone else and spent every weekend together. We lived about 25 minutes by car from each other.

“We got along fabulously. We had some differences, but nothing so significant that it would be a relationship deal-breaker. We played golf and pickleball, went to movies, cooked together and, did things around the house. After nine months we talked about a future together with the possibility that he would rent out his house and move into mine.

“On June 2, 2019,  I was supposed to go to his home for dinner, but was tired and didn’t go. I called and texted but no response. I figured he was upset with me and I didn’t think too much more about his not calling back. On June 4, I received a phone call. Richard had suffered a massive heart attack and died. My world was shattered. This lovely, beautiful man was taken too early from us. He was 68; I was 64.

“I mourned and grieved and did not go back online for nine months. Then Covid hit. I messaged a few men, but no long-lasting connections were made.

“In July of 2020, I met Tony, We hit it off instantly, even during Covid. We have been in an exclusive relationship for eight months. He lives a half-hour away. Tony is a beautiful man, inside and out. He was married three times and in each case, he left his wives. He has also lived with a few women and I believe he left them as well. When Tony becomes ‘unhappy’ he leaves, but he says he always tried to work it out first.”

Tom’s comment: Might Tony’s track record of leaving relationships be a red flag, although Corrine feels he’s a beautiful man?

Corrine continued, “We spend every weekend together. We have so much in common. We love to dance, discuss politics, play golf, pickleball, and even take bubble baths together. 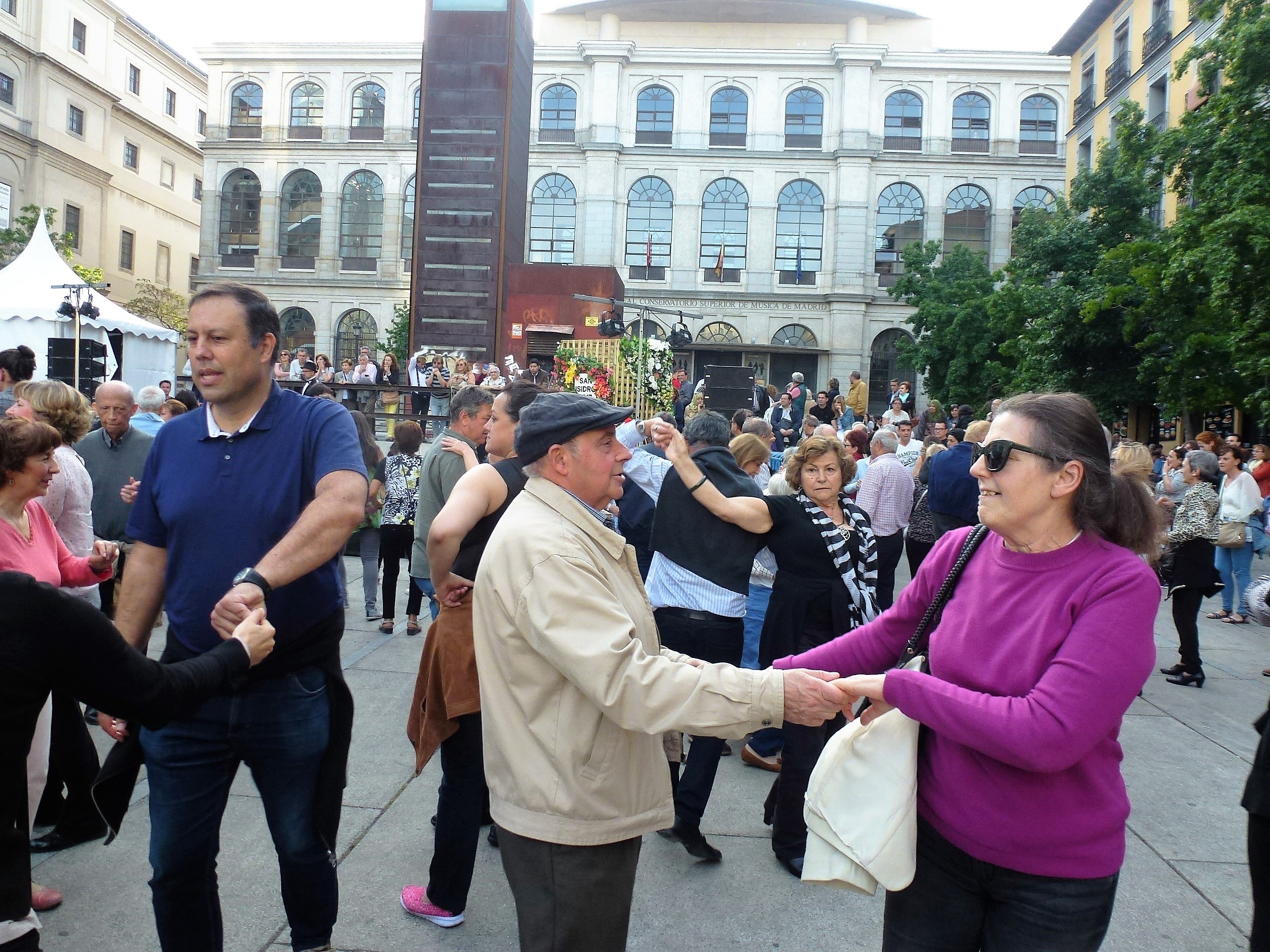 Couples who dance together, often make great partners
photo by Tom in Madrid

I laugh as I have never laughed before. We have an intimate relationship and you would never know I am 65 and he is 71. We act and play like we are 35. So one might be asking, ‘What is the problem?’ I love Tony very much. I believe he is my soulmate. I don’t tell him that because I don’t want to scare him or put undue pressure on him.

She wants a life partner

“However, not long ago, I did say to Tony, “I want a life partner. Not marriage, but a  partner to spend the rest of my life with.”

“He shocked me by saying: ‘I don’t know if I am that life partner for you.’

He indicated that with his track record, he was surprised I would even want him for my life partner. He said he now feels some pressure in the relationship. I can’t imagine ever being happier with another man and quite frankly can’t believe he could be happier with another woman.”

Tom’s comment: Can Tony be happy with any woman? He’s bailed on three wives and “a few other women.” That’s another red flag.

Corrine added, “I didn’t mean that we should move in with each other. What I was trying to convey is if things continue to be this good, I would love to have him in my life as we enter the final chapter of our lives.

I then made a mistake by saying, ‘I hope you are not wasting my time,’ which of course, created more pressure on him. The following day, I felt so bad, I told him he is not wasting my time, that every minute, every day, that I spend with him, is glorious and I am happy for whatever time we have with each other.

Tom’s comment: The words: “I hope you aren’t wasting my time” were a poor choice by Corrine. Who knows what thoughts those words put into Tony’s head.

Corrine resumed, “My worry: Will he leave me and run because of what I said? Some friends think I should be grateful for this beautiful man and enjoy today and be thankful for the moment and not worry about tomorrow. Others feel I was being true to myself and simply telling him my expectations. I don’t want to lose him. Did I screw it up, by discussing my desire for a life partner?

“A couple of months later, things are still very good between us. I do not bring up my ‘life partner’ comment nor marriage (which I don’t necessarily want or need).

“I’m afraid to tell him I love him but do say, ‘I adore you.’ He says the same to me. I just somehow wish I knew we will be together in the years ahead. I know there are no guarantees in life, even when you are married, but I just feel somewhat insecure, which is not typically like me!

“I want to make plans and talk about the future. AND NOT JUST ABOUT NEXT WEEKEND.”

What do you Champs think?