An exasperated male Champ has raised his arms in frustration. Martin emailed this week: “What is the answer to all this lack of love between the sexes? I am 76, a healthy male. I find women around my age so independent these days they are more interested in their dogs or pets than a good loving intimate relationship.

“I have found most dating sites a waste of time with most women just playing a game and not at all serious about finding a good man.

“Have all women lost their hormones? Trying to make love more than once a week is almost impossible in a lot of relationships–mine included. A big problem is a difference in libido! Don’t women realize how healthy sex is for the human body? What happened to Senior sex?

“I compare this dating game to my hobby of keeping chickens. When I let them out of the barn in the morning, my rooster tries to chase and mount some of his harem but with great difficulty.

“The hens don’t want him but he catches them. Are the hens playing a game also? It’s a wonder I ever get any fertile eggs being laid. Two hens seem to like him and roost next to him on the perch at night.”

The email was signed: “Yours, a frustrated human rooster, Martin.”

Nearly at a loss for words, I wrote to Martin: “Dear Frustrated Human Rooster. May I print what you wrote?”

Martin said, “Yes. I am a Canadian living in Marmora, Ontario. I was in a love affair for over 10 years. The relationship kept getting worse.

“We were opposites, but initially the sex was good. I felt she had some hang-ups; she worked less and less at keeping the relationship together.

I answered: “Your words, a $2,000 dog for company remind me of my first-ever newspaper column, written July 7, 1994, titled, “Home Alone with only dogs for company.” That column was written six months after my wife, without warning, cleaned out the house on Christmas Eve 1993 and moved out of my life. I was away visiting my 83-year-old mom in Northern California.

“Similar to what your girlfriend said to you, “That’s it,” my wife also had done the same.

“I didn’t have to buy a $2,000 dog, I already had two dogs at home. Besides thoughtfully leaving them for me, my wife left four other items: a TV, bed, couch and a cassette player. That’s it: six items.

“In the 1970s, when I was single and working for the Victoria Station restaurant chain, one of the founders, Bob Freeman, liked to jerk my chain. He called me “a pronghorn antelope,” describing his perception of my dating modus operandi (pronghorns, by the way, aren’t antelopes; they are classified as mammals. They are the fastest land animal in North America, 60 miles per hour). 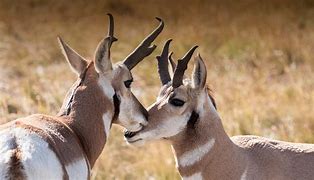 “Cool your jets. Take a deep breath. Tend to your chickens. Becoming single later in life is a bear. Although you may not see it at the current time, someone more compatible with you could enter your life, when you least expect it.

“Who knows? Maybe one of our woman Champs, who lives near Ontario, will ask to correspond with you.“If that happens, put your libido in the Canadian deep freeze, at least until the spring thaw.” Senior sex can wait.