My newspaper-column writing has an anniversary this week: 26 years. The first article was published on July 7, 1994; it was titled, “Home alone with only dogs for company.”

Some Champs have been subscribers for nearly 20 years. Their loyalty amazes and pleases me. Today, I share Beckie’s story; she’s been a Champ for 12 years.

Beckie’s story was told in the August 28, 2009 newsletter, which was titled “Old flames reunite after 41 years.”

“Beckie, Raleigh, North Carolina, signed up for this newsletter after attending a presentation I made at last year’s (2008) AARP National Event & Expo in Washington, D.C.

“Three and a half years ago, at age 56, Rick, Beckie’s husband, died, having lived with ALS for five years. They had married 36 years before while attending Colorado State University (CSU).”

In that 2009 newsletter, Beckie was quoted: “Being alone had become my new normal. But I did not want to spend the rest of my life alone. Finding someone online seemed unlikely. Instead, I thought about Ray, a man I had gone out with my freshman and sophomore years at CSU.

“In the summer of 2008, I found Ray on LinkedIn, thought about contacting him, but wasn’t ready. After Christmas, I emailed him, which started an email correspondence.

“The more we corresponded, the more we found we had in common—a similar sense of humor, values, love of words, how we handle money and various likes and dislikes.

“In March, Ray flew to Raleigh, took me out on a Saturday night and left on Sunday. We found we still had chemistry in addition to a strong friendship we had been building.

“We’ve spent numerous long weekends seeing each other. We celebrated our 60th birthdays together. He is three weeks older. My children are happy for me.

“I know Rick would be happy too. During his illness, Rick had jokingly said numerous times that he would pick out my next husband for me. He would be surprised that he in fact knew the man with whom I want to spend the rest of my life.

“The relationship with Ray grows stronger as the days and months pass. We are both practical people. We have looked for but found no red flags. Being together is natural. We are very thankful we found each other again.”

On June 28, 2013, after reading that day’s newsletter, which was titled, “Older singles’ dilemma: marriage, live together, live separately?” Beckie emailed me.

She wrote, “What is the consensus of what to call the person you are living with if you have no plans to marry?

“Our reason to not marry is I would lose my late husband’s pension. ‘Boyfriend’ sounds juvenile for a 60-year-old. When I was younger, I never thought I’d be living with someone unless we were married, even though I grew up in the 1960s. But who knew how circumstances would color that thought?”

I responded to Beckie: “I am pleased that you’ve had the good sense not to remarry, which would have meant sacrificing the pension.”

Two weeks ago, Beckie responded to the “Don’t let the old man in” column.

She emailed, “Ray and I have been together for 11 years and lived together for 10. We are both 70, valiantly trying not to let the “old man” or “old woman” in. 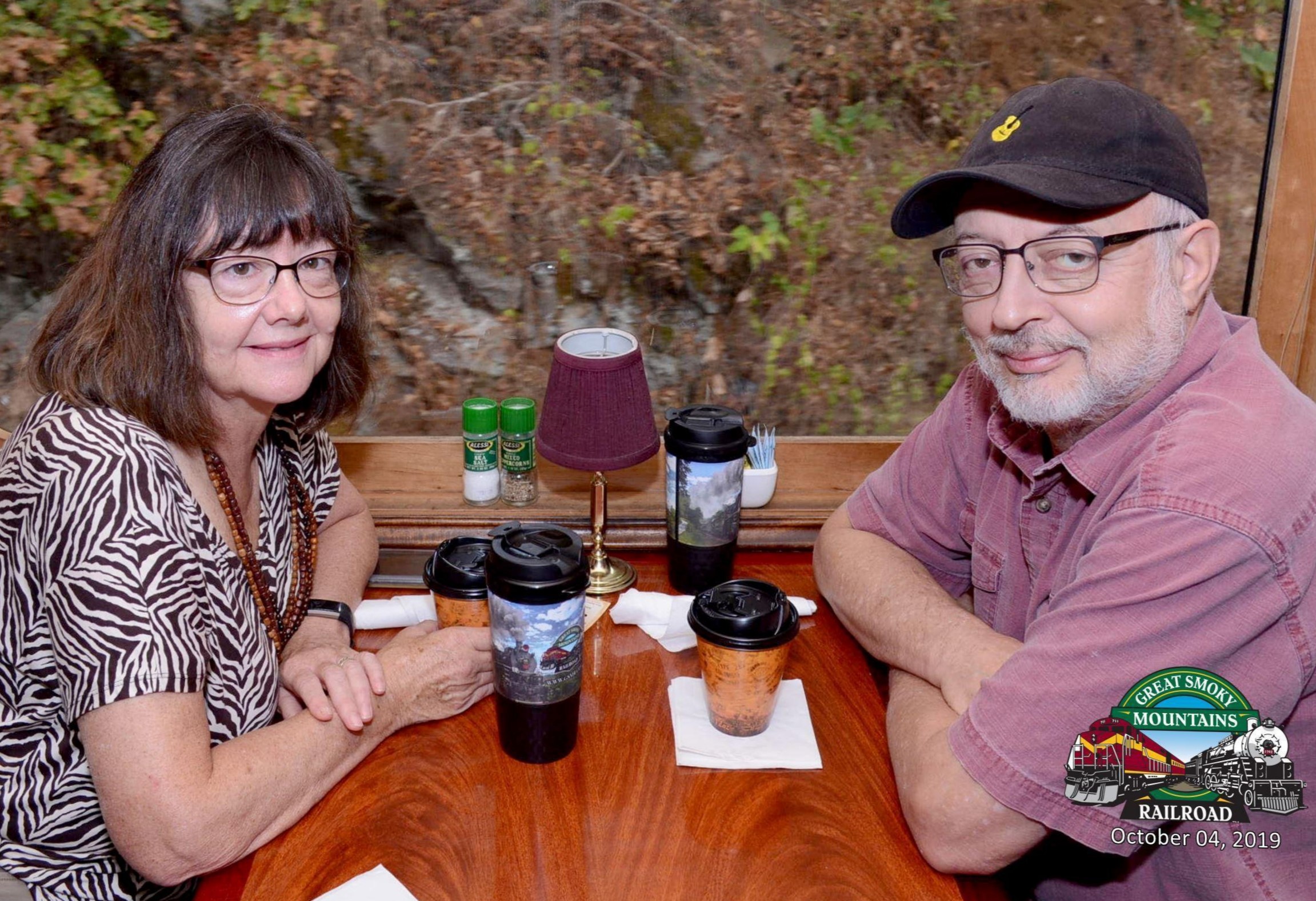 Beckie and Ray–together for 11 years

“Ray plays guitar; he learned to play Toby Keith’s song, ‘Don’t let the old man in.’ He will share it with his Meetup.com guitar group when they can safely get together again.”

I appreciate the loyalty of Beckie and our history of keeping in touch: 2009, 2013, and now in 2020. I hope similar history can be recreated with other Champs who have been with me for years.

Oh, by the way, to answer Beckie’s 2013 question: what do living-together lovers call each other when not married? How about: “My meant to-be mate?” (MMTBM)

On Wednesday, a gentleman named Robert sent me an email. The subject line: JOHNNY CASH & That Ragged Old Flag

Robert’s email included a download of Johnny being interviewed by radio and TV personality Ralph Emery, in which Emery asks Johnny if he would speak the words of the song, “Grand Old Flag,” which Johnny wrote in 1975. I went online and found that entire segment, including Johnny’s opinion about flag burning, of which I had never heard Johnny speak in the two years I worked with him (link to video below).

I wrote back to Robert: “Thanks for sending that. I personally was present when Johnny sang that song, many, many times. So, as we approach the 4th, you made my entire week and weekend. I am so blessed to have known Johnny and June and to have heard him sing the song live.

“That was long, long, ago. In 1976, a year after Johnny wrote Grand Old Flag, I first met John and June. Sometimes, I sit and wonder if it really happened to me. Here’s proof it did, in the parking lot of the Victoria Station restaurant, Miami, Florida. 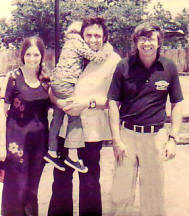 HAPPY JULY 4TH. Remember to wear masks and social distance if you are watching the fireworks (if not canceled. Ours in Dana Point, Ca., were canceled). COVID-19 doesn’t disappear at night. And all of the “ooh’s” and “ah’s” and lack of wind could make the situation even more contagious if too close to others.