Champ Althea emailed, “Why can’t senior men be just friends without wanting senior sex with a lady? I’m having a problem with that. It has happened to me more than three times recently at age 70.

“It also happened when I first started dating in my 50s. I was divorced at 51.

“I meet a man and he’s nice, we get along, share humor and activities we like. But I’m not romantically or sexually attracted to him, but I like his company and would like to be friends and do things together.

“I tell him this and he says okay, but he will continually try and pursue a romantic relationship even after I’ve explained my feelings.”

Althea said she met a man who lives in the same small city on Craigslist over a year ago. She found out after four dates that his wife had passed away only two months before. She told him that he was still grieving and should hold off on dating. She said he was even thinking of romance that soon after losing his wife.

She told him she enjoyed his company, but she was not physically attracted to him. They stopped dating.

Althea continued, “He stayed in touch with me, texting every now and then and wanting to know if I’d see him again. It took me until this summer for me to say okay.

“But then, off he went! On the same train of thought. Again, I explained that I liked him, really liked his company and would like to do things together, but that I was not attracted to him romantically or sexually.

“He still brought up romance, would hug me, touch me… try to get me to change my mind. He even stole a kiss when I only bent in to hug him goodbye. He then said, ‘Aha, I’ve been wanting to do that for a long time!’

“My girlfriend told me that was rude and disrespectful of him and that he didn’t understand boundaries. Yeah, I was shocked. And he’s not the first to act like this!

“So, tell me, is it only when a man doesn’t find a woman attractive that he can and will be friends with her? What I’ve heard is, a man won’t spend time with a woman he feels is unattractive or isn’t attracted to. Huh???

“What is your take on this? Why can’t a man, who is lonely, has no one to go out with and do things with, be content to spend times as friends with a woman he likes and enjoy her company without it having to go romantic or sexual?

“I am interested in what other women, and men, might say on this subject because it really bugs me on the whys and how comes.”

Tom’s response: Over the years, I’ve written on this topic or a variation of it from time to time, and, posted 15 of those newsletters on my FindingLoveAfter50.com website under the category, Senior Sex and Intimacy. At the conclusion of today’s article, I describe how to access those 15 website articles.

Man #1 said, “I’m always amused at the ‘surprise’ women report when the men they date want sex. Here’s a bulletin for females in that category: Men date to get sex! That’s not all that bad, because for lots of guys like me, that’s the minimum relationship requirement.”

Man #2, Mason, stated, “Women need to realize that when men leave after having sex, it isn’t because of the sex. They would have left anyway. Any man that has true attraction for a woman will stay. Sex is not the issue, it’s simply that he determined she’s not the right woman.”

Kathy said, “Women get short-sighted and connect sex with love. Men don’t associate sex with love like we do!”

Sandi, “Men are hard-wired so differently from women. I think by now we know sex is uppermost in men’s thinking process.”

I’ll take a stab at an answer. And, perhaps Champs will share their thoughts.

Most of the men I know enjoy physical contact with women. They are, as Sandi stated above, “hard-wired” that way. If a man is attracted to a woman, in addition to doing things together–movies, plays, travel, camping, dinner, walking, for example—chances are he wants the physical contact as well.

I am not talking about casual sex just to have sex with women. I’m talking about having physical contact with the woman he’s dating and cares about. To me, that seems natural.

If a man is interested in a relationship with a woman, he’ll wait until she’s ready to have sex. Of course, at some point he may decide the situation is never going to change–as in Althea’s case above–and he’ll move on to be with a woman who is physically attracted to him.

And, I have a question for Althea: Were there any men you were attracted to? Maybe the problem is you are “Looking for love in all the wrong places,” as singer Johnny Lee sang in his song, Looking For Love, featured in the soundtrack from the 1970 movie Urban Cowboy. (See link to that song at the end of the article, featuring John Travolta (Bud) and Debra Winger (Sissy). 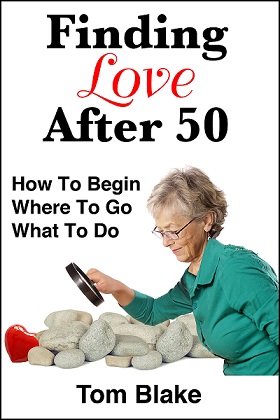 Looking for love in all the wrong places

Also, for Althea, that man who pursued you likely kept trying because he was attracted to you. He hoped you’d change your feelings toward him. He felt you were worth waiting for.

And as far as him stealing that kiss. Really now, is that rude and disrespectful, as your girlfriend says? Take it as a compliment. At least the guy had some cojones, and a little fire in his belly. And at age 71, he’s still got a little testosterone working.

For me, I wouldn’t be in a relationship without my woman being willing to share hugs and affection. That was one of the things Greta and I had in common when we first met—and it’s still there after 21 years.

I understand Althea’s frustration. And one item she mentioned I agree with: I don’t understand why a man who is lonely, and has no one, isn’t willing to have a friend without benefits. It seems that would be better than not having a friend at all.

Go to the home page. Under my photo near the top is a green horizontal tab running across the page. To the right on that tab, you may see the categories appear near the top. Scroll down to the Senior Sex and Intimacy category. Click on that and it will pull up those 15 articles.

If that doesn’t do the trick, go to the eNewsletters listing in the green tab. Hover your mouse over that, which should pull up the categories. Scroll down to the Senior Sex and Intimacy category.