and Part 2 – Meet and Greet in Dana Point

Champ Judy, not her true name, emailed, “I’m 78, never married (not yet, haha), though I had proposals. I met one man in my 30s who I would have married, he was nine-years-younger, his parents broke us up. We were so happy.

“He came back a year later to ask me to marry him, but I broke the date, not knowing that’s what his plan was. We didn’t get back together, and, he eventually married someone else.

“I compare everyone to the wonderful relationship we had. I know it’s ridiculous to hang onto the past and the hope I could meet another like him.”

Tom’s comment #1: Yes, Judy is right. Hanging on to a relationship for 45 years–give or take a few years–is looking back instead of forward. With a nine-year age difference back then, who knows how that relationship would have played out?

Judy continued, “I’ve been in several relationships since him, three asked me to marry but I knew they weren’t right. I can’t believe I let my whole life go by without the experience of marriage or children.

“I’d love to know if any other Champs are in the same situation (never-married but thought they would eventually-didn’t happen. How do they deal?).

“I lived with one person several years and besides the three marriage proposals after my 30s, I had several prior to that. Why I didn’t realize I should have built a life, a family, I don’t know? Fear?”

Tom’s comment #2: Perhaps some of our Champs will respond to her “never married” statement.

Judy added, “Two years ago, a high school classmate, also 78, and I began a relationship. He was married for 53 years; his wife had dementia for several years, he cared for her until he couldn’t anymore. She went into assisted living. He was there every day. I’d see him at reunions, he looked sad, we’d chat.

“After his wife died, he came to see me often, helping me move, buy a car, he remembers our anniversary of our first holding hands, our first kiss, and incidents like when he says he thought of me all the way home (hour and 1/2 away). Our feelings grew and we declared our love.”

Every relationship has baggage

Judy said, “Situation is he’s a country boy and I’m a city girl. When I stay at his place, I feel like I’m in the boonies and when he comes here, he cannot stand traffic. He curses at traffic, or if he drops something, or, when he can’t find his phone, etc.

“I can’t stand someone getting upset in traffic or because he has to wait while handling something on the phone, etc. It cuts into the peace we are experiencing and really affects me.

“He would like me to move up there, but it’s really rural. Nice house, but mostly still set up when his wife was there.

“He’s not sure if he wants to keep up the work of three acres, an extra guest house, but it gives him exercise and a sense of accomplishment. He loves fishing and does that often. I’ve ridden in the boat twice. I used to go boating when younger, but it’s not the most thrilling thing, though his place is peaceful and beautiful.

“We just talked a few moments ago, as he’s up at his place and I’m at my home. He had been here several days and needed to get back up there.”

He loves me but he’s controlling and jealous

Judy mentioned more, “He misses me and loves me. For the first time, instead of rolling his eyes when I want to go to my church group, or other places I like to go, he’s encouraging me to do so.

“I try to please him. He tries to please me too, but up until today, he complained. Today, he said he didn’t want to be someone who controlled my life. That was new because in fact, he tries to.

“He is jealous that I’ve been in several relationships prior to ever knowing him.

Tom’s comment #3: This couple has a LAT—a living-apart-together relationship. Sounds ideal for them, considering the plethora of aspects Judy doesn’t like about him.

Tom’s comment #4: Look at it this way: he finds Judy attractive. At 78, many men can’t even whistle Dixie, let alone have sex. Is he over-sexed or is she under-sexed? Some women would consider this an asset, not a liability.  What’s the problem?

Judy said, “Having said all that, he’s truly a fine person and the reason I got involved to begin with. There’s much I love about him.

“I’ve thought about moving up to his place and building a new life. It’s just that I like civilization. I also love his friends, they’re fun, great people. Also, He’s remarked, he thinks about moving into my place, thus no yard to mow, hedges to trim, repairs to make and the like. He’s conflicted and so am I.

“If we break up, I figure it would be my last chance at a relationship whereas he could find many others as a man (In Florida, where I live, there are lots of men). All relationships have adjustments the older we get.

“Today over the phone, when he called to say I love you, he also said he wants me to do things I want. I do love him. We love each other, but we’re so different.

“He has a large family, consisting of siblings, nieces, nephews who all love me, are happy for us and I love them, they’re a lot of fun. He has a son with a girlfriend who doesn’t want children, and a daughter, granddaughter and a great grandson. We all get along great. I enjoy being with them and love for him to spend time with them.

“My writing is convoluted I realize, and any comments will be welcome.” 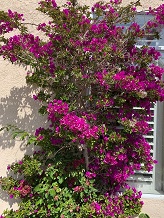 The most important sentence you wrote is highlighted in yellow above: “We love each other, but we’re so different.” That’s the beacon of light under which your relationship functions.

Why change anything? If you miss each other and want to see each other more often, simply do it. 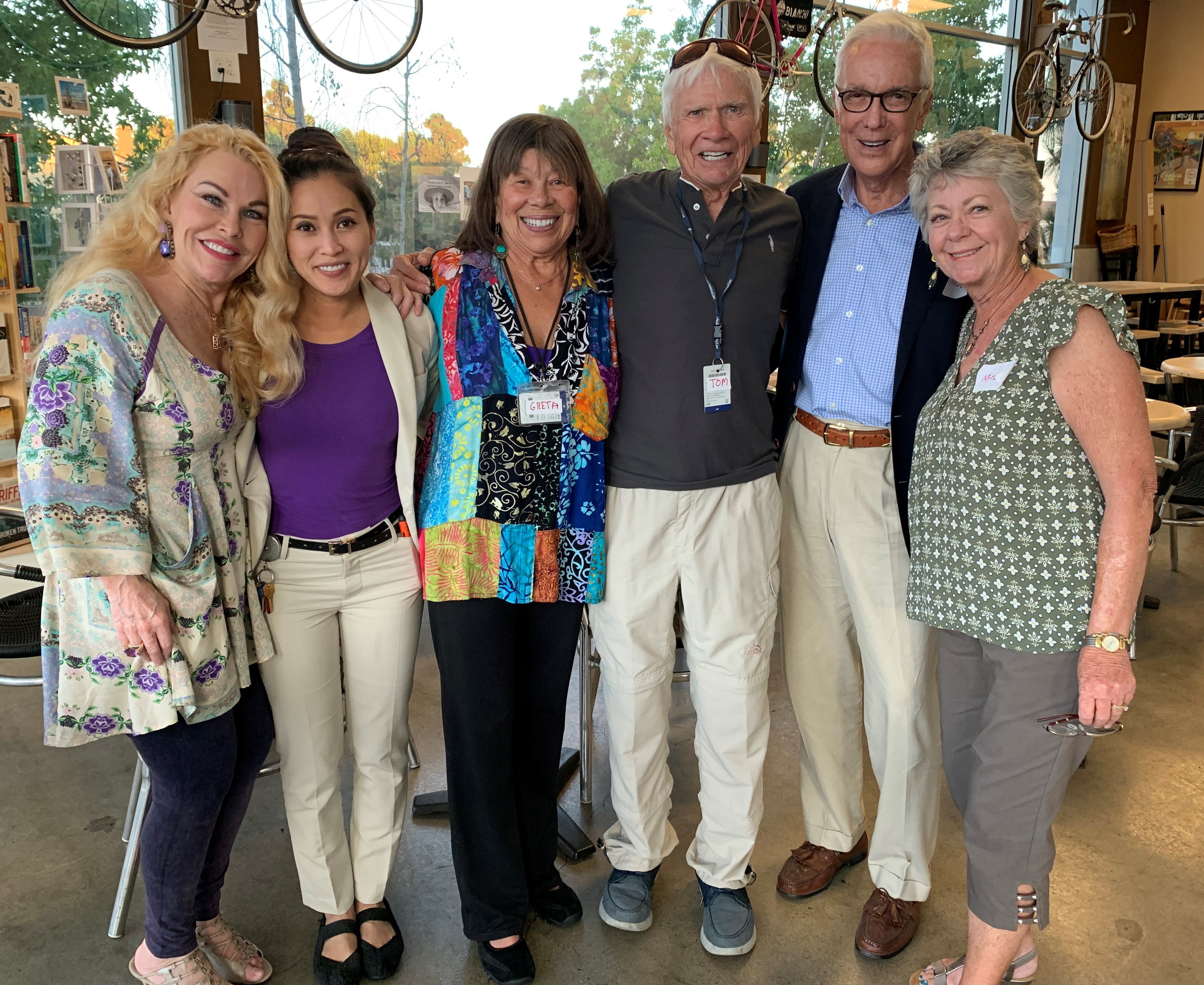 Last night at the deli. From left. Regina, Samantha (owner Tutor and Spunky’s), Greta, Tom Patrick and Mipat (spelling ?) But, there were 120 more who attended)

The event was incredibile. An estimated 125 people attended. I didn’t realize that two people who met at the June M & G have been dating for five weeks. See, love can happen at our age! Details next week on the event.