You’d think, for seniors, finding love in Los Angeles–the second most populated city in the United States with 4,000,000 people (New York is first)–would be easier than in most cities. With its warm climate (despite being one of the coldest Februarys on record), sunshine, beaches, and Hollywood appeal, it seems L.A. would be teeming with single senior men (available).

Not so, says a woman Champ, who lives in L.A. We’ll call her Cass. She and I exchanged emails this week about her dating experiences in Los Angeles.

Cass wrote, “I’ve been widowed 15 years, and unfortunately, am still single. I am online, attend meetup groups, am still attractive and keep myself in excellent shape, and I have an approachable, bubbly personality. But there are things in L.A. that continually work against me.

1. In my age group (I am 72 and am willing to date men 65-79), men are extremely resistant to drive on our crowded freeways, so a woman practically has to live no more than 10 minutes away from the man for him to even consider her. Many men my age can’t see well enough to drive at night anymore2. I am politically conservative, and about 80% of men I’m in touch with say that that’s a deal-breaker

3. I limit myself to men who are Jewish

4. Most men won’t consider a long-distance relationship. I let them know I’m willing to relocate

5. I meet many jaded men who have been divorced, kicked out of the house, and other things that have cost them dearly, so, they are bitter and say they will NEVER be in a monogamous, live-in relationship again. A lot are looking only for friends-with-benefits and have no intention of becoming vulnerable by opening their hearts

6. Some of the men I’ve gone out with haven’t been on a date for 40 years, and have no idea how to date, how to treat a woman, or even how to display social graces.

“I am not discouraged, as I know there are some terrific men out there too. I’m happy to meet them halfway geographically. I’m amenable to a LAT relationship. I attend classes and lectures and am taking a hosted singles cruise in July.

“Your point about Los Angeles traffic and freeway congestion is eye-opening. Hadn’t thought of that before. The not-driving-at-night thing I get. Greta and I often take Lyft or Uber after dark. This not-wanting-to-drive-in-L.A. eliminates many L.A. men from consideration. Hence, the pool of available men shrinks.

“You limit yourself to men who are Jewish. That further restricts the available men.
Have you tried the dating site J-Date?”

“And there are the jaded men, as you call them. They get eliminated (understandably).

The primary reason, as I see it, that you are having trouble meeting men is: you’ve eliminated more than 90 percent of the men you encounter just by the six factors you’ve listed above.

“Try to schedule an in-person meeting with the Palmdale man. Check out his background and talk to him on the phone before meeting. He asked if you’d consider living in Palmdale? That question at least shows an interest.

“Your singles cruise in June sounds fun. Hopefully, you’ll meet some available prospects within your age requirement on board.

“Keep at it. Don’t get discouraged. And thanks for sharing with us.”

Cass’s response: “Yes, I have tried JDate and found it to be the worst site ever. I barely ever received a response. I’m not sure why, but I have heard that it has a low membership. It’s been years now; maybe I’ll look at it again. I belong to another Jewish site too, and, get emails from older men in Israel or New York.

“I could give you enough stories about men not wanting to drive in L.A. for you to write a comedy. A woman practically must live next door to the man. One man, an attorney in Century City, said that my city, where I live, is way too far. (It’s 20-30 minutes).

“One man said he doesn’t drive at all, so I’d have to always drive on our dates. I believe the men are opposed to spending money on Uber.

“A handful of men have flown in from other states to meet me, but, when they didn’t get a roll-in-the-hay, they went back to the airport – one didn’t even say good-bye! We’d made plans for the whole weekend, and when I called his hotel on Saturday morning, he had checked out!

“And since my late husband was the epitome of kind and a total gentleman, I wasn’t prepared for this lewd, self-centered, ‘one-thing-on-his-mind’ population.

“Dances are the place to meet tons of men (I am a good dancer and attend dances, but for some reason, older Jewish men don’t go). I’m considering dating non-Jewish men, just to be friends, nothing more. And I look forward to the cruise in July, although chances are there won’t be many from California on it.”

Tom’s final comment: “You say you are considering dating non-Jewish men for friendship only, nothing more. Friends-first in a budding relationship is important. However, almost all older men, regardless of religion, aren’t interested in a friend’s-only relationship. I don’t know of one. We just aren’t built that way. We may be old, but we still want the hugs and physical contact in addition to companionship.

“So, yes, a willingness to date non-Jewish men would enlarge the pool of available single men, but at the same time, your friend’s-only requirement would eliminate almost all those men.

“I’m not trying to be negative, but here is what I think: you’re eliminating almost all available men even before you meet them. You aren’t giving them a chance with your rigid, up-front, requirements. Sounds like dating in L.A. won’t be California Dreamin’ any time soon. But, that can change, if you’re willing to as well.”

Today’s discussion, reminds me of The Mama’s and The Papa’s song, California Dreamin.’ 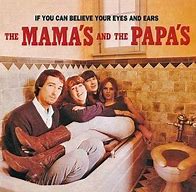 Part 2 – Two weeks ago, I included a link to an article that DatingNews.com did based on an interview with me. This week, a sister site, DatingAdvice.com, also did an article based on a different interview. Both of the sites are loaded with dating information and advice. Both will be able to be reached via a link on the home page of my Finding Love After 50 website.
Here is the link to this week’s article posted to the DatingAdvice.com