In December, 2016, Sally, a Champ from San Diego, and I exchanged emails. She initially wrote, “I have no trouble meeting men. But mostly they are UN-acceptable to me.

“I am a widow of almost three years. About nine months after losing my husband, I began dating. I joined two dating sites and met a married man and many losers.

“I am financially secure, healthy, fit and attractive. A retired teacher. I do volunteer work and have many friends. I have a lot to offer but I am soon going to be giving up looking for a relationship!”

That December, I wrote back to Sally: “I understand what you say about possibly giving up looking. That’s ok. But, always keep alert for potential situations–a nice guy in the post office line, or in a store, or at a party, or wherever, just in case a decent man comes along who has a void in his life and would like to have a buddy to do things with.

“Volunteering is wonderful, way to go on that. Do you ever travel? And you say, “Financially secure, healthy, fit and attractive,” wow, you can’t beat that. Lots of men out there would be lucky to have a woman with those characteristics so don’t completely give up! Keep me posted.”

This week in February, 2018, Sally emailed: “You said a year ago December to keep you posted. So, here is an update. I’d welcome any feedback from you or our Champs.

“I have been doing volunteer work for the last two years! And it turned out that’s how I met the man I am now seeing. Two years ago, you told me not to give up and I didn’t, but I was not ‘looking’ when a man I will refer to as ‘D’, came into my life.

“In early April, 2017, ‘D’ walked into the museum where I volunteer as a docent. We talked at length and when he returned to the museum three weeks later, I was on duty again. We exchanged phone numbers. He lives 34 miles away.

“After a few good phone conversations, we had a beach picnic. Our next date was a classic car show! We have seen one another almost every weekend since the middle of May. He is 56 and I am 69! He says the age difference is not important.

“He is patient, kind and loving. He loves my dog and helps me around my home. We took some swing dance lessons and went to a few Elks Club dances. We have had some misunderstandings but have worked through them and grown our relationship as a result. We have built friendship and trust between us.

“We took a trip together last November to Kansas to visit his mother and sister. We enjoy being together and doing ‘ordinary life,’ but are planning more trips to Hawaii, Palm Springs and Northern California.

“D is very affectionate, a good listener and, we are able to talk and resolve differences so far. He is hard working and loves his 86-year-old mother and his sisters.

“He is not as financially secure as I and he still works full time, which is good. I am a retired teacher and I own a nice, large, mortgage-free home.

“Your January newsletter about LAT (Living Together Apart) relationships, was great and very informative. I like the way our relationship is now.

“We get a chance to miss one another because we don’t live together. He is a never-married man of 56 and I am a widow of almost four years. My late husband and I had a solid and loving marriage for 39 years and then he became ill and died suddenly.

“I always felt I would never marry or live with a man again, but I did want to find a special person with whom I could share a committed relationship.

“I think D is that person for me. We have been serious about one another for eight months. He wants to move in with me and so we are ‘discussing’ it. I know what it is like to be married and D does not. He has had live-in relationships of a few years a few times, and I wonder, is this a red flag? I used to think there was something wrong with a never married man who had not been married by age 50.

“Do you know any age 56 or older men who have never been married? And yet they are great guys? Thanks for any insights/advice you may have. I hope to hear from Champs as well.”

Comment from Tom: Of course, I have my opinions. But, let’s hear what you Champs have to say. Email me and I will forward your comments to Sally. Let’s give her the benefit of your thinking, experience and wisdom.

Should she agree to let D move in?

Sally’s issue is a little like these Bocce balls. What if the two blue ones were moved in next to the orange one? Would that be a good thing? Or, would moving them in change the game and create problems? 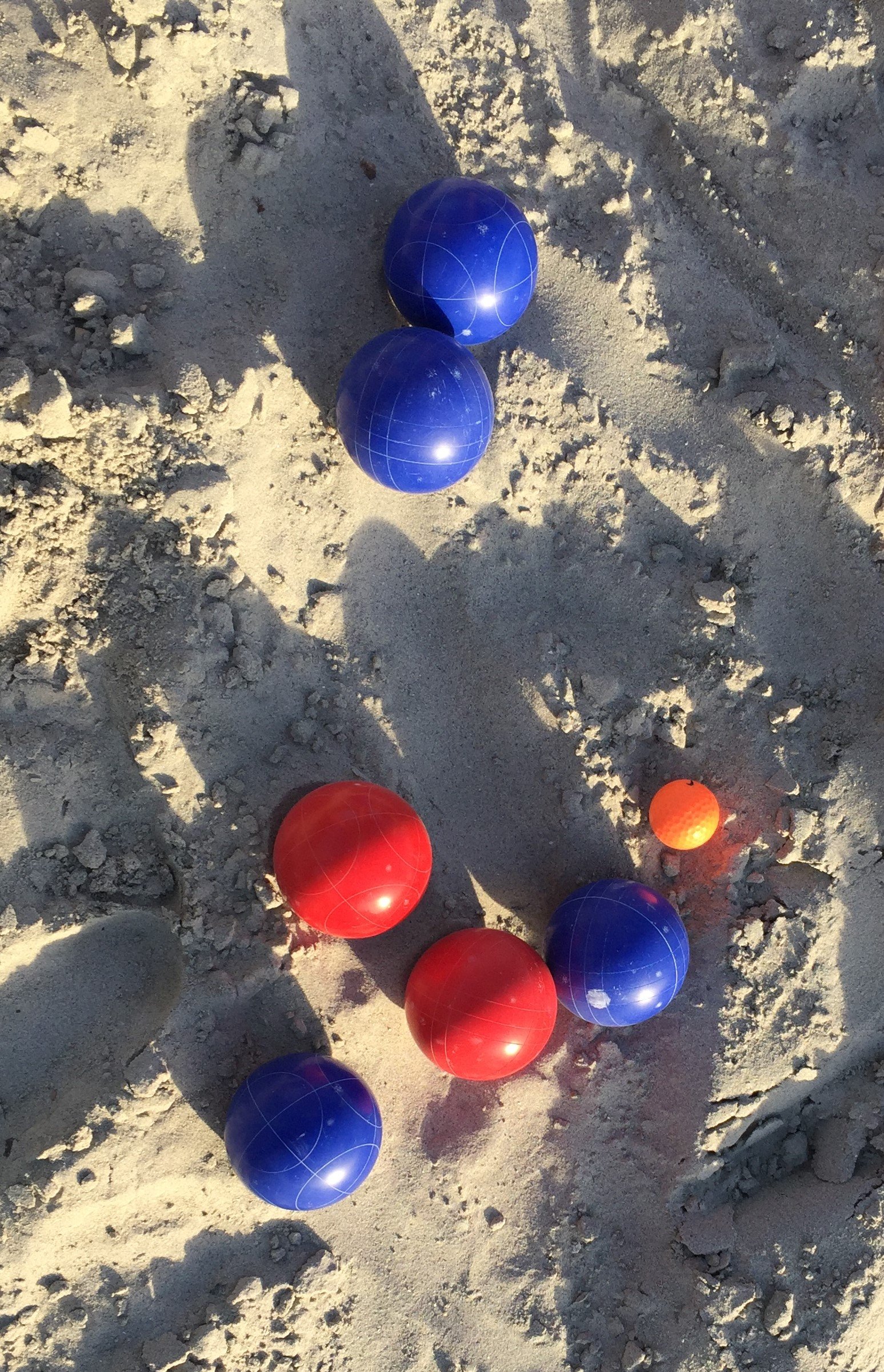 Any other thoughts for Sally?

Update: More than 35 of Tom’s eNewsletter subscribers (called Champs by Tom) responded. You can read their responses in Tom’s eNewsletter that is published immediately above this article. These comments can be helpful to any senior considering allowing a new found love to move in. Read those comments before deciding!

A similar version of this story appeared in the San Clemente Times on March 8, 2018, the Dana Point Times, and The Capistrano Dispatch on March 9, 2018, written by Tom Blake as well: Here are the links: